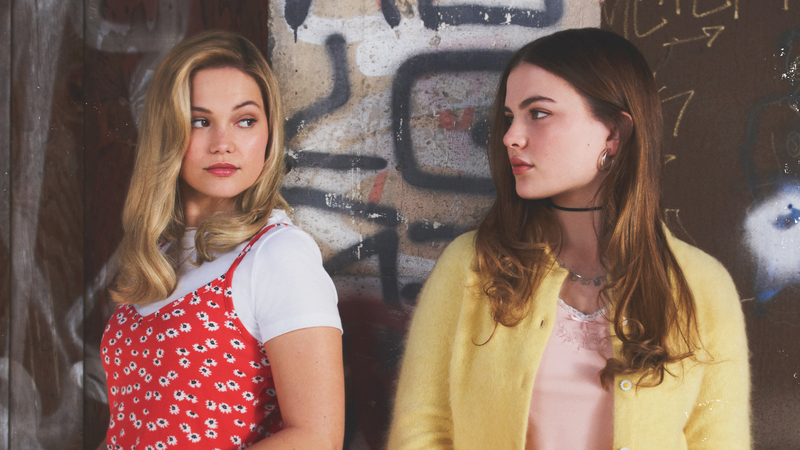 How does one go from being an awkward teen, to the most popular girl in school, to the most hated person in the country? That's what viewers will uncover in Freeform's highly anticipated psychological thriller series "Cruel Summer."

Executive produced by Jessica Biel, "Cruel Summer" takes place over three summers in 1993, 1994 and 1995 and is told through multiple perspectives. The show explores Jeanette Turner's (Chiara Aurelia) rise to popularity and her downfall, when she is ultimately accused of being connected to "it girl" Kate Wallis' (Olivia Holt) disappearance. But, nothing is what it seems.

The series promo teases a friendly interaction between Kate and Jeanette, but the relationship disintegrates quickly and leaves viewers with the question: Who do you believe?

"It's one question after another," Aurelia teased, adding that audiences will receive answers in time.

"I think that you are going to be patiently waiting for the finale," Aurelia continued.

Sarah Drew discusses her dark and twisty new show, Freeform's "Cruel Summer," why she loves her character so much and her favorite fan reactions.

Holt said that working on this project was a dream come true because not only are psychological thrillers her favorite genre, but she got to work closely with a group of "boss ladies."

"I feel really lucky to have been part of a show that not only had two female leads, but also incredible female creatives and producers, writers, directors," Aurelia added.

To celebrate the nostalgia factor in "Cruel Summer" and pay homage to some of the biggest trends from the era, Freeform teamed up with iconic brands for '90s-inspired nationwide giveaways and events. Click here to learn more.