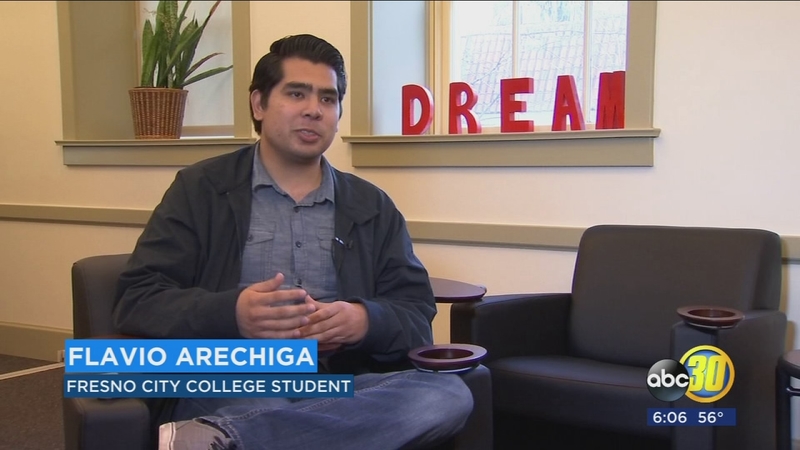 FRESNO, Calif. (KFSN) -- The fight to stop the Trump Administration from terminating the DACA program is taking center stage in California.

A federal judge in San Francisco has temporarily saved the program and it is giving Dreamers new hope.

"It's a good for our state, it is a good day for Dreamers but as my father and my mother would show their example anytime you can get up and go to work, it's a good day. So to the Dreamers in America, go to work! Go to class. It's a good day," said California Attorney General Xavier Becerra.

California's Attorney General said the ruling should bring immediate relief to those worrying about deportation.

At Fresno City College student Flavio Arechiga had the same concern. He is not a DACA student but is an immigrant from Mexico and works with DACA students at the Central Fresno campus.

"Some of them are scared, they don't like to do as much of the school. They don't like to get as involved as much. For myself, I like to try to set an example of like don't be afraid. You can go out and do stuff. I'm in clubs, I'm in student government," Fresno City College student Arechiga.

He says getting a higher education is a valuable experience that will be better for everyone in the long run whether they were or were not born in the United States.

He plans to continue his education at UC Davis next fall because California has been a big help to so many immigrant students.

"Definitely as a state they are doing a good job because we still have the dream act here helping undocumented students," said Arechiga

Fresno State counselors know this can be a confusing time for DACA students since President Trump announced in September that the program would be phased out.

"We notify students, we give them the information. My number one goal is to empower students the right information," said Gaby Encinas.

Staff at the university's Dream Center want Dreamers to know that they can re-apply and continue the process of getting a college degree.