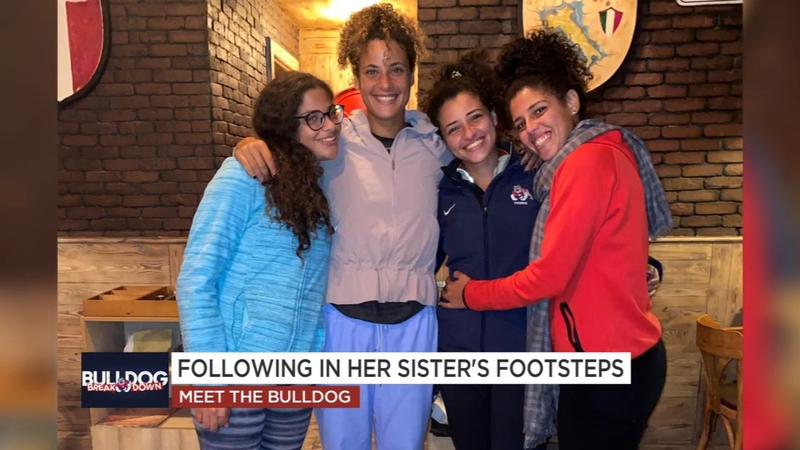 They opened conference play this weekend with a win over SDSU on Saturday and UNLV on Sunday afternoon.

A new face is making her mark on the team this season, but that comes as no surprise to the program.

Dalia Sherif has three sisters. Two of them were all-Americans for the women's tennis team and are now playing professionally.

The junior transferred to State this year in hopes of finding the same success.

Dalia, an Egyptian native, is living in California for the first time, transferring this year from McNeese State. The Bulldog wanted the opportunity to compete at a higher level and follow in her older sisters' footsteps.

"I'm really excited for this season because both my sisters were All-Americans when they were here and they have their name on the sign, and they are the last ones. I want to have my name right after them so that's my goal for this year," she says.

"I want to have the ring of course, because both of my sisters have one from Fresno. I really want to have a ring and I think it's really cool to win conference in your college career. I want to get ranked as a team and as a player."

All four of the Sherif sisters compete for Egypt's national tennis team. Mayar has become a celebrity in Egypt after making history for her country. At the 2021 Australian Open, the former bulldog became the first Egyptian female player to win a Grand Slam main-draw match.
Dalia says her sister is trailblazing the way for her future professional career.

"I'm planning after college to go pro like my sister, now that she made it. It's made it easier on me, she has experience and stuff she can help me," she says.

The future is bright for the tennis family but Dalia says she does try to find time off the court to relax.