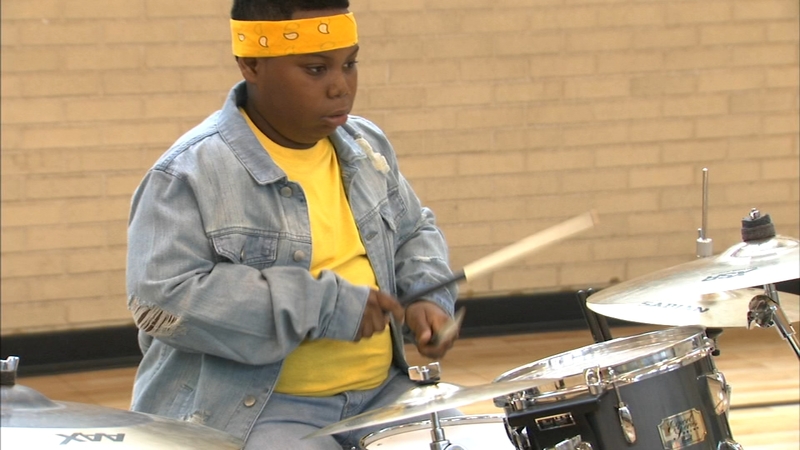 CHICAGO -- A young drummer is catching the attention of Chicago one beat at a time.

Dallas Hardrick or Dallas " Da" Drummer, as he likes to be called, started playing drums at the age of two.

From pots and pans to a small drum set given to him by his grandmother Dallas began honing in on his skills.

"One morning we were listening to Dallas and he had his drums and he was a home playing and he started playing full songs and me and my wife looked at each other like this might be something," said Dallas's dad Lee Hardrick Jr.

Born at just 28 weeks and diagnosed with cerebral palsy, Dallas never lets anything stand in the way of his goal to be being a professional drummer.

"He just enjoys what he does. He loves playing," said Dallas's music teacher Torrence Cook. "He picked up real fast more than any student I dealt with it's just a talent he has."

If you get to know Dallas he's just a special kid and he's intelligent," Hardrick Jr. said. "He's just with the drums he loves the drums and passionate about the drums."

It's that passion for drums that helped him win the 2018 Chicago Bulls Kids Talent Search. A moment Dallas said he will never forget.

"It was a lot of people and I loved it. I could see all the players. I saw some players like Zach Levine and Booby Portis and things like that," Dallas said.

Dallas says he wants to be like his favorite professional drummer like QuestLove and take his skills to LA.