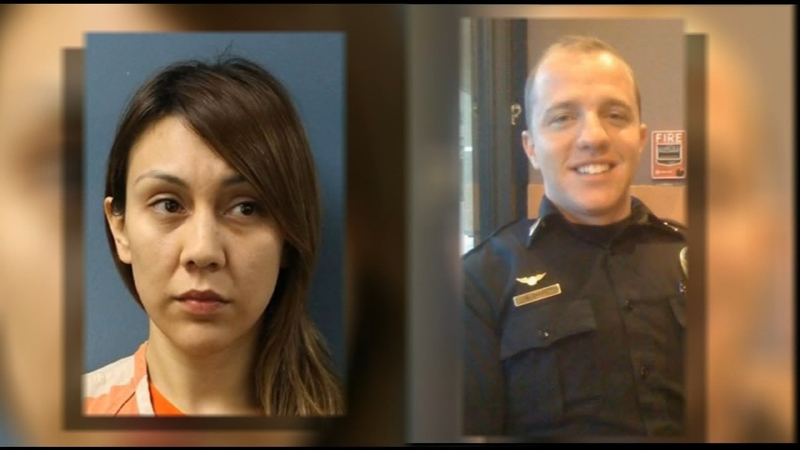 On Thursday, Tulare County Assistant District Attorney David Alavezos told jurors in the Erika Sandoval trial there's a double standard in our society - one where women who kill men are presumed to be victims, and the men are abusers.

"You see comments like, 'You don't know what's going on behind closed doors'," Alavezos said. "You don't usually see those when a man kills a woman. But you do see them when a woman kills a man."

But in this case, Alavezos said, Sandoval, who shot and killed her ex-husband, Exeter Police officer Daniel Green in 2015, was not a victim of extreme domestic violence, and that the many hours of recordings jurors have heard prove as much.

"Like nobody ever wants to be around you or care for you," Sandoval is heard telling Green in 2012. "Like seriously (inaudible). Everybody wants out of your life. Everybody."

"Without Daniel's recording constantly because of lies that the defendant made about him, we'd be in the position that people always talk about-no one knows what goes on behind closed doors," Alavezos said. "But in this case, we're getting to peek through the window."

"Get away from me," Green tells Sandoval in another recording. "Do I need to let you go so you so..." Sandoval says.

"Yes I don't (inaudible)...how many times do I have to tell you that?" Green says.

In another recording from 2012, Green tells Sandoval he's taking pictures and video of his house to make sure she's doesn't destroy anything while he's gone.

By this point, Sandoval and Green have divorced, but Sandoval is pregnant with their son.

Sandoval asks Green to stay out of their son's life if they separate.
Green says that's not going to happen.

The argument continues, with Green telling Sandoval she makes him hate his life.

"Constantly in fear of what, Daniel?" Sandoval asks Green.

"Of you (expletive) doing something to me," Green responds. "Of you accusing me of doing something to you. Of you trashing my house and breaking (expletive). And stealing stuff. And you know what? All that stuff I'm afraid of, you've done in the past, so there's a reason why I fear it."
Report a correction or typo
Related topics:
exeterpolice officer killedmurderdomestic violenceofficer killed
Copyright © 2022 KFSN-TV. All Rights Reserved.
POLICE OFFICER KILLED
Los Angeles police officer killed during robbery attempt; 5 detained
Ga. officer killed on first day outside police department, arrest made
Stockton police officer, suspect killed in shooting
Parents speak out after son sentenced to life for killing Italian officer
TOP STORIES
Man pleads not guilty to murdering brother-in-law on Christmas Eve
Some Valley hospitals postpone 'elective' surgeries due to COVID surge
Man who admitted killing dog to Fresno police facing more accusations
Man charged with murder of 2-year-old whose father died a year earlier
24-year-old man shot in central Fresno, police say
43-year-old man stabbed in northwest Fresno, police say
How reliable are rapid tests? Dr. explains when to depend on results
Show More
Is there home appraisal bias in Fresno? Professionals weigh in
Housing Watch: Million-dollar homes at Ventana Hills in Fresno County
Good Sports: Fresno woman gains recognition with indoor rowing
Valley ag business continues to feel impact of supply chain issues
Family of 5 displaced after house fire in southwest Fresno
More TOP STORIES News