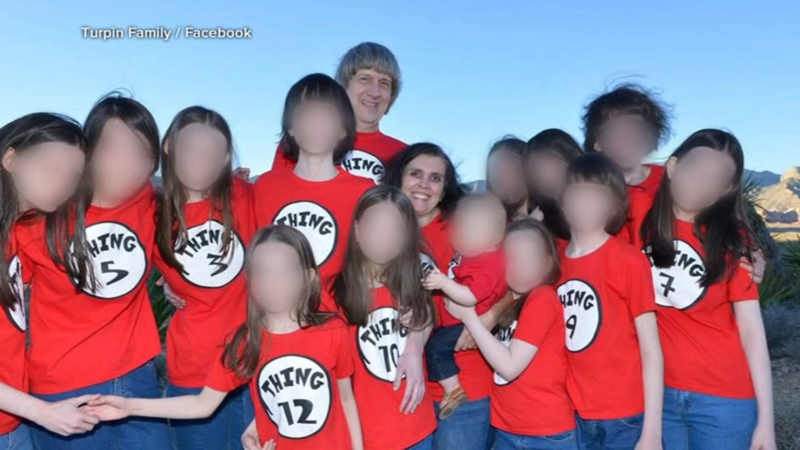 David and Louise Turpin, the California parents who garnered national attention for torturing most of their 13 captive children, will face a judge for sentencing on Friday.

Meanwhile, the never-before-heard 911 call exclusively obtained by ABC News reveals the chilling moment one of the Turpin daughters turned her parents in.

"My parents are abusive," the 17-year-old girl told the dispatcher. "My two little sisters right now are chained up right now... they're chained up to their bed."

The Turpins are expected to each serve an indeterminate sentence of 25 years to life, making them eligible for parole hearings after the minimum time has elapsed, Riverside County District Attorney Mike Hestrin said in February 2019 after they pleaded guilty.

"Unless a parole board... decides they should be released, they will serve the rest of their life in prison," Hestrin said.

The Turpins were accused of abusing 12 of their 13 children, including in some cases allegedly shackling them and beating them routinely, prosecutors said.

The Turpins pleaded guilty to one count of torture and one count of dependent abuse as well as multiple counts of false imprisonment, child endangerment and adult abuse.

The couple was arrested in January 2018 after the 17-year-old daughter escaped their Perris, California, home and called 911.

That Turpin daughter told the dispatcher that she and her siblings lived in filth and that she hadn't bathed in nearly one year, according to testimony in court last year. The teen said she hadn't been to a doctor in five years and had never been to a dentist in her life.

The 17-year-old alleged that she and her siblings would be chained up for one or two months and only freed to brush their teeth or use the bathroom, an officer who interviewed the teen testified.

The teen told the 911 dispatcher, "sometimes I wake up and I can't breathe because because how dirty the house is."

Hestrin has called the Turpins' case "among the worst, most aggravated child abuse cases that I have ever seen."

The teen said she and her siblings never ate breakfast and would only eat peanut butter, bologna, a frozen burrito or chips for lunch and dinner, the officer testified.

When rescued, all the children except for the youngest, a toddler, were severely malnourished, prosecutors said. The eldest victim - a 29-year-old woman - weighed only 82 pounds.

The adult children are now healthy and moving on with their lives, their lawyer, Jack Osborn, said in February 2019.