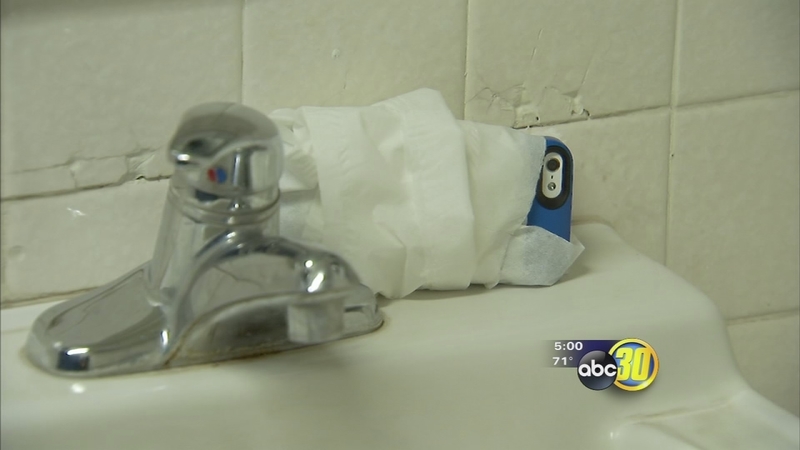 FRESNO, Calif. (KFSN) -- Customers at a well-known Valley convenience store made a disturbing discovery shortly after a clerk had been punished for the way he used a camera. 24-year-old David Chavez was placed on probation in January for secretly recording people in a bathroom.

It only took two days for Chavez to violate his probation by committing the same exact crime in the same exact location, according to this search warrant Action News uncovered. And when we asked him about it, he admitted to everything.

The pace of life may seem slow in the rural area David Chavez calls home. But the young man tells us it's been speeding up for him, and admits he hasn't dealt with it well.

"It's a lot of stressing that I've built up and I made a stupid decision," he said.

"And then you repeated it, though," an Action News reporter said.

The decision he's talking about happened at the QuikStop in Caruthers. Chavez was a clerk and a year ago, he got in trouble for trying to record someone in the bathroom -- a bathroom not normally open to the public. He went to court, got a plea deal, and walked away with two years of probation and a month on a work furlough program. That was on a Tuesday. By Thursday, he was in trouble again.

Capozzi says one peeping crime is concerning; a second may indicate mental issues.

"Is there something going on in your life?" the Action News reporter asked Chavez.

"I'm not going to be able to graduate this semester," Chavez said after a long sigh. "(I) just got out of a relationship."

According to the search warrant, the victims in the second incident grabbed Chavez's phone and gave it to Fresno County sheriff's deputies.

Chavez has not yet been charged with a second crime, but he tells us he no longer works at the QuikStop. The store's owner didn't return our calls for comment.