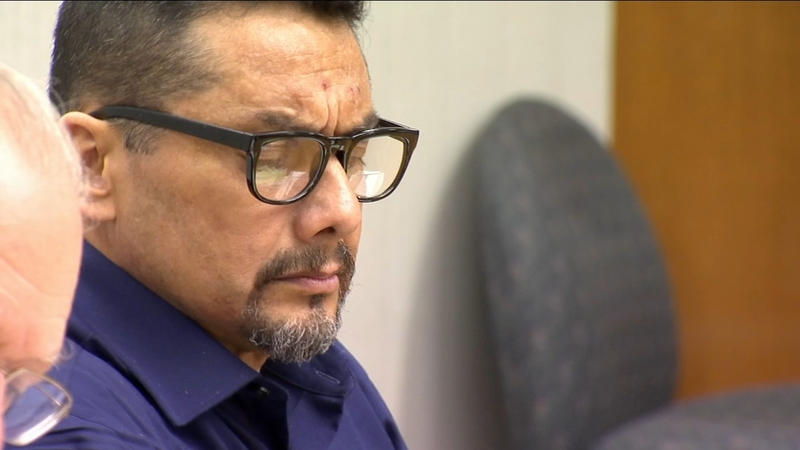 FRESNO, Calif. (KFSN) -- The first officer to uncover the body of a missing and murdered woman took the stand in a Fresno courtroom Thursday.

The officers described unraveling a tarp to find a dead women.

David Pena is on trial for killing his estranged wife, Martha Mendiola.

But Monday, Pena's attorney said he discovered his dying wife with a large knife in her back and simply fulfilled her wish to clean up the crime scene.

The first shocking discoveries were made by two officers who were called to the area- after the phone of a missing woman was pinged.

CHP Officer Garrett Perez scoured a half mile radius around where the signals were coming from.

Fresno Police Officer Eric Santos noticed what seemed like blood smudges on the back bumper. But it was hard to get a good look inside because the back windows were tinted.

Officer Santos broke the window to get inside.

"As I opened the passenger seat I noticed two feet sticking up from the tarp," Officer Santos said.

The officer felt them and said they were cold. Then he probed further to see if it was an entire body.

"As I'm unwrapping the tarp I see hair and I could make out that it was a female," said Officer Santos.

He checked for any sign of life and didn't find one. Another officer didn't find any pulse either.

Just 10 days before her brutal end, the suspect and victim split up.

Pena's defense attorney said she was stabbed perhaps by an intruder. But Pena is claiming she told him before she died that she loved him and didn't want her son Matthew to see her in that condition.

But the prosecutor said Pena stabbed Mendiola with a large knife then cleaned up the scene with bleach. He also said he took her purse and phone and made her bed so her son would think she went to work.