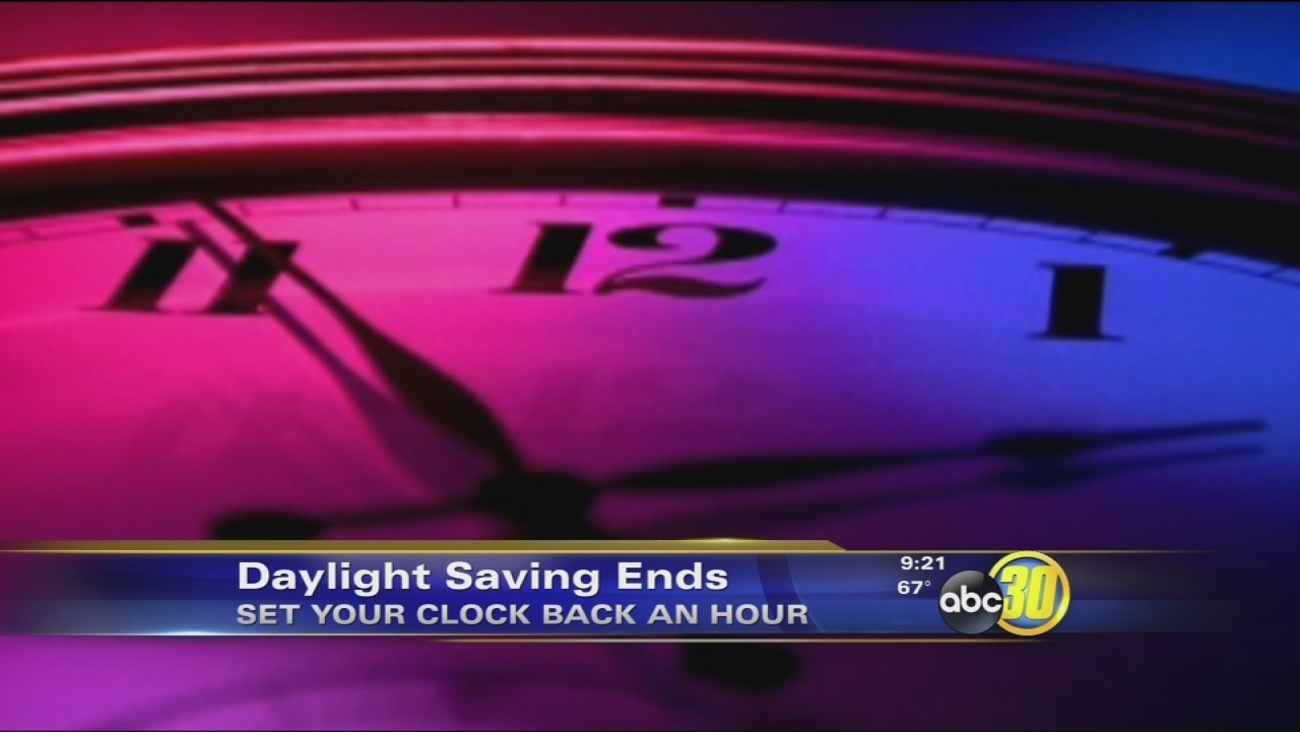 Don't forget to set your clock back an hour tonight. (KFSN)

Don't forget to set your clock back an hour Saturday night.

This biannual ritual has been around since congress enacted it during world war one.

Here are a few fun facts about daylight savings time:

1. Benjamin Franklin is credited with the creating the idea of daylight savings time in 1784 as a joke to save candles.

2. In 1918 the Standard Time Act was enacted which established time zones and daylight savings time. But in 1919, daylight savings was abolished due to complaints from farmers and wouldn't return until World War II.

3. When daylight savings did come back during World War II it caused mass confusion, and, in one case, caused cities only a few miles apart to run on different clocks.

4. In 1966 congress finally passed the Uniform Time Act telling states they didn't have to comply with daylight savings, but, if they did, the whole state had to comply. This act also allowed congress to establish the dates for the start and end of daylight savings time instead of cities setting their own.

Here's a bonus fact about time:

5. A "jiffy" is a real scientific unit of measurement that is equal to 1/100th of a second.
Related topics:
arts & entertainmentfresnou.s. & worlddaylight saving timecalifornia
Copyright © 2021 KFSN-TV. All Rights Reserved.
TOP STORIES
Cause of death to be released in case of family found on hiking trail
Driver found dead inside crashed car, detectives investigating
Remains found at park in search for Brian Laundrie; not clear if human
Storm to move through Central CA this week. What to expect
Kristin Smart case: Paul and Ruben Flores to stand trial next April
White House details plan to roll out COVID vaccines for younger kids
Americans arrested for trying to board flight in Switzerland
Show More
Man killed in single-car crash in Fresno County, CHP says
Yosemite Lakes Park arsonist Kenneth Jackson out on parole
Family remembers 82-year-old man shot and killed in Fresno County
US expected to authorize Moderna, J&J boosters as soon as today
Nikolas Cruz pleaded guilty to murder in 2018 Parkland massacre
More TOP STORIES News