Poll: Majority of Americans do not support 'defund the police' movement 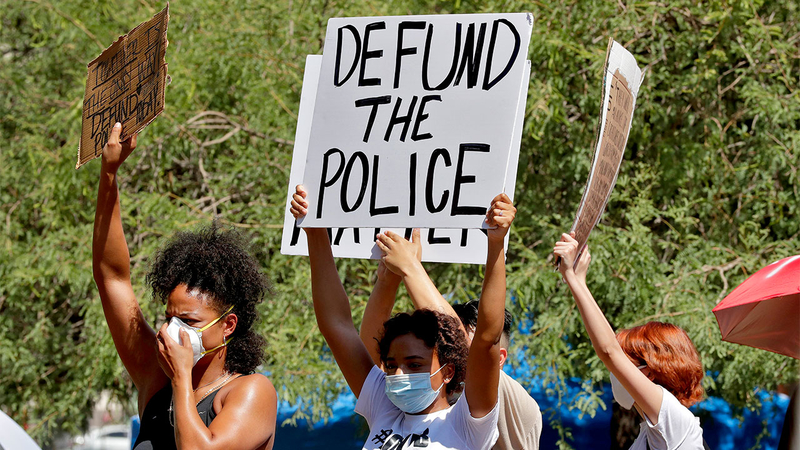 When protesters cry 'defund the police,' what does it mean?

A majority of Americans say they do not support protesters' cries to "defund the police" in the wake of George's Floyd's death, according to a new ABC News poll.

Floyd, a black man, died Memorial Day after a white Minneapolis police officer pressed his knee to Floyd's neck for eight minutes and 46 seconds. His death sparked protests across the country and growing calls to "defund the police," or reappropriate funds from police departments to community needs, activists say.

SEE ALSO: What does 'defund the police' actually mean?

Nearly two-thirds of Americans say they oppose these calls, compared to 34% who back the movement, according to the ABC News/Ipsos poll released Friday. Sixty percent say they are opposed to reducing the budget for police to support social programs while 39% support that move.

From June 2020: An ABC News investigation in partnership with ABC Owned Television Stations revealed that in 800 jurisdictions, black people were arrested at a rate five times higher than white people in 2018.

The poll also shows that race may play a roll in how people view this issue.

A slight majority of black Americans support the "defund the police" movement, at 57%, and 64% believe this money should go toward community programs. Hispanics are split at 42% for both opposing and supporting.