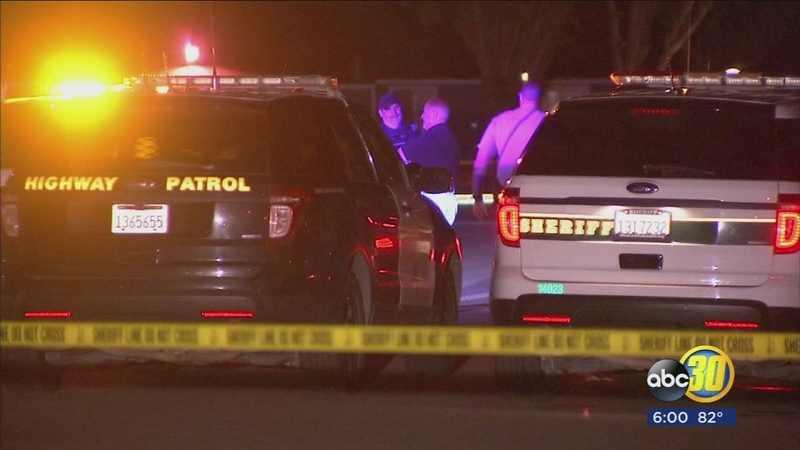 Fresno, Calif. (KFSN) -- Based on the number of police shootings per capita- Fresno County has a higher rate than many other, larger counties. Fresno Police Officers fired eight times last year-- Fresno County Deputies were involved in five shootings.

Leaders from both agencies say many things need to be taken into account when analyzing police confrontations and drawing a conclusion.

Sheriff Margaret Mims says the information is relative to calls for service- especially over a five-year span.

"We had over 1.2 million calls--there was an officer-involved shooting, in point nine percent of those calls, so very very rare when you think about the number of calls that we handle," said Mims

The Department of Justice began compiling the numbers to make law enforcement agencies more transparent. The Fresno Police Chief also posts details about every officer-involved shooting on the cities website.

The report includes the race of the person involved in the police shooting and whether they were armed. Dyer feels the numbers can be misleading based on the population since many other factors must be considered.

"There are certain agencies who are maybe understaffed with officers and maybe they're not able to go out and be as proactive, maybe they're not making as many traffic stops of gang members who are armed with firearms," said Mims.

Cities with lower officer-involved shootings per capita in 2016 include San Diego, Contra Costa, and Santa Clara. The city of Fresno has led the county in officer-involved shootings over the past several years. But this year- Fresno police officers have been involved in fewer--- only four shootings compared to seven at the same time as last year.
Report a correction or typo
Related topics:
fresnocaliforniapolice chiefpovertyjerry dyershooting
Copyright © 2021 KFSN-TV. All Rights Reserved.
SHOOTING

Daunte Wright called his mother right before he was shot. This is what he said
More Videos
From CNN Newsource affiliates
TOP STORIES