Derek Carr no longer listed on injury report, expected to start this weekend 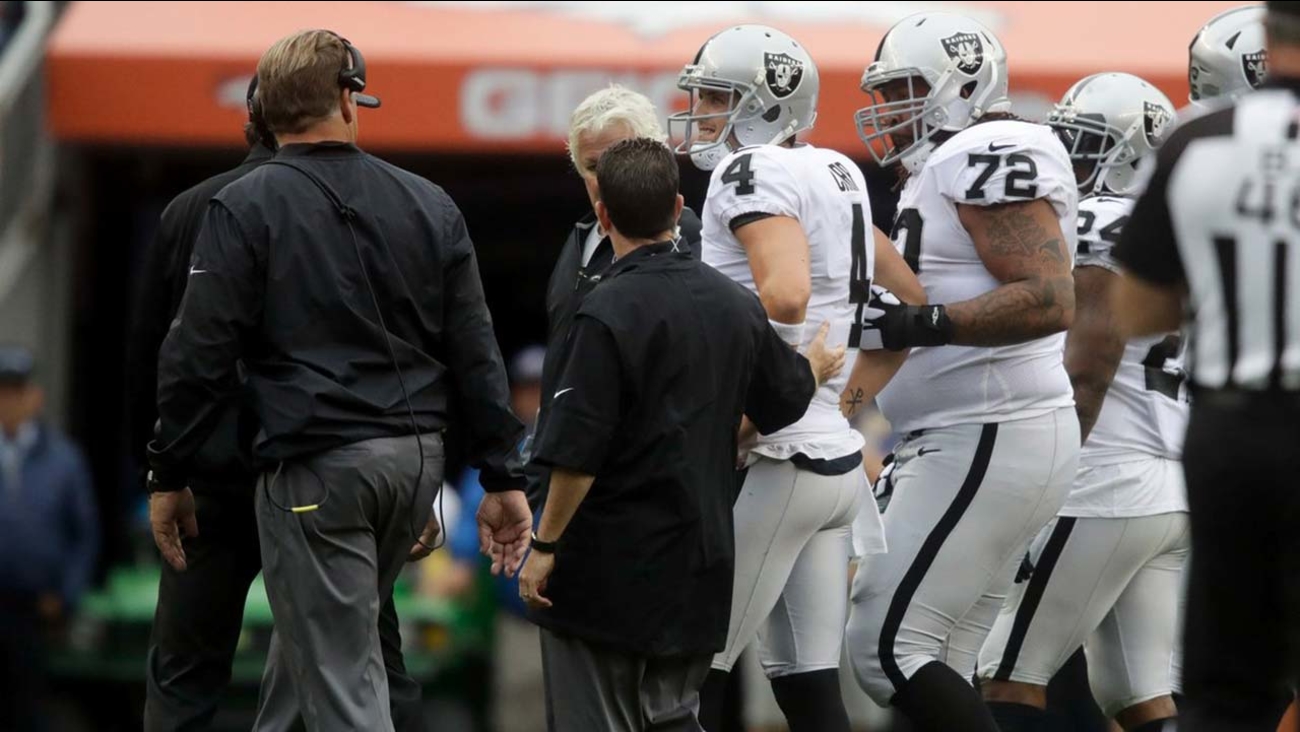 FRESNO, Calif. (KFSN) -- Oakland Raiders Quarterback was not on the injury list released on Friday. The former Bulldog is now expected to start in this Sunday's game against the Chargers.

"He'll be ready to play," Raiders coach Jack Del Rio said Friday. "I think it was smart to give him the week (off), which we did. Even though he was pushing for last week. He's cleared to go and got the green light. Doctors and trainers all gave him the go.

Carr, who suffered a transverse process fracture on a sack at the Denver Broncos on Oct. 1, sat out last week's loss to the Baltimore Ravens, the Raiders' third straight defeat.