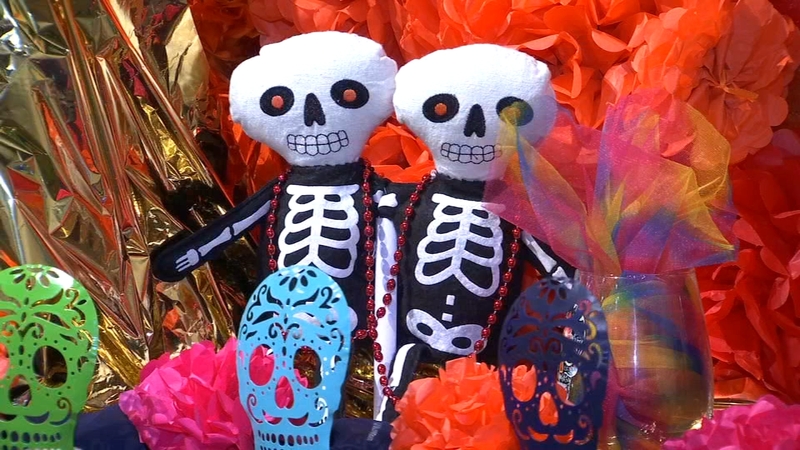 An exhibit honoring the Day of the Dead was set to open to the public Tuesday, September 17th at Arte Americas in downtown Fresno.

Some of the displays - like a dress featuring dancing skeletons - will make you smile.

All of the altars though paid tribute to a lost loved one. Some offered food, drink, and fragrances.

Arte Americas Executive Director Ruben Quesada said, "This ritual is encouraging the spirit to come back to spend time with those who are still around, remembering them."

Quesada believed the exhibit could be helpful to the younger generation who would like to learn more about the ancient tradition from Mexico and Central and South America.

The altars offered a mix of the old school and the contemporary.

Quesada showed us a colorful display and explained, "Here you can certainly see some traditional elements of the LGTBQ community. The rainbow."

One of the altars took a more political approach and showed the silhouettes of children behind a cyclone fence, separated from their families.

"La Catrina" has long been one of the most recognizable figures of Dia de los Muertos. Skeletons have often depicted in the artwork celebrating the Day of the Dead.