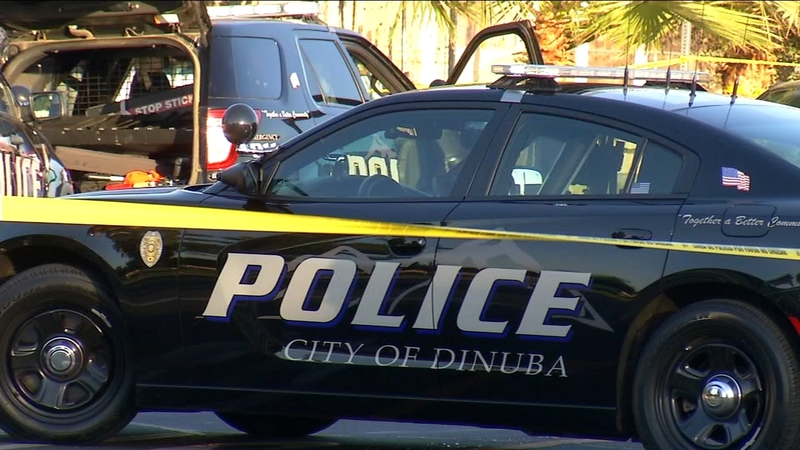 Neighbors question if officer-involved shooting in Dinuba was justified

FRESNO, Calif. (KFSN) -- The suspect at the center of Dinuba Police's officer-involved shooting investigation is well known to officers. She's also a familiar face to neighbors who often offered her food and water.

"A lot of people know her in this town, they call her Boogie. They know she isn't mentally well," said Rosemary Dominguez who lives near where the shooting happened.

Dominguez says she was at home Monday afternoon when she heard the scuffle from the street.

An officer-involved shooting investigation is underway in Dinuba. Police officers briefing the Tulare County Sheriff's Office who is taking over the investigation. @ABC30 pic.twitter.com/Uh8Cr3vhBd

"I got up and took a look over the fence and could see they were Tasing her. I was going to start recording...and as I was going around that's when I heard the gunshots."

Dinuba Police haven't released the identity of the suspect yet, but say she's a 52-year-old woman. They found her on South M Street after neighbors say they couldn't get her to leave their yard.

"During that encounter, that female picked up a sharp object and came towards the officer and a shot was fired," said Dinuba Police Chief Devon Popovich.

The suspect was hit in the lower half of her body. She's expected to be okay, but neighbors are questioning if shooting her was too extreme.

"She didn't seem like she was a threat at all, everybody here knows that she is always ranting. She is across the street, she's homeless, everybody around here knows her," said Dominguez.