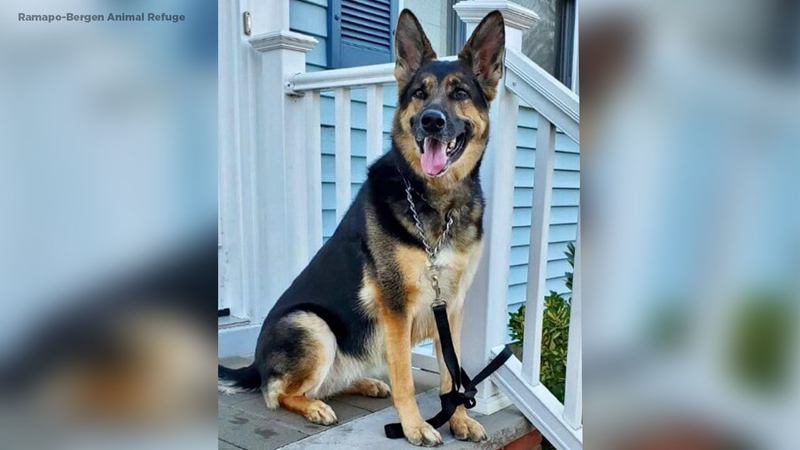 NEW JERSEY -- A special dog in New Jersey is being hailed a hero for saving her owner's life.

Sadie, a 6-year-old German shepherd, stayed by her owner's side when he collapsed after suffering a stroke.

She wouldn't leave him alone and even licked his face to keep him awake.

Sadie also dragged him across the room to his cellphone so he could call for help, Ramapo-Bergen Animal Refuge said.

Now she is staying with family while her owner, Brian, recovers. They FaceTime every night and are counting down the days until they can be reunited again.

Ramapo-Bergen Animal Refuge said Brian only adopted Sadie a few months ago after she was surrendered to the shelter by her former owner.