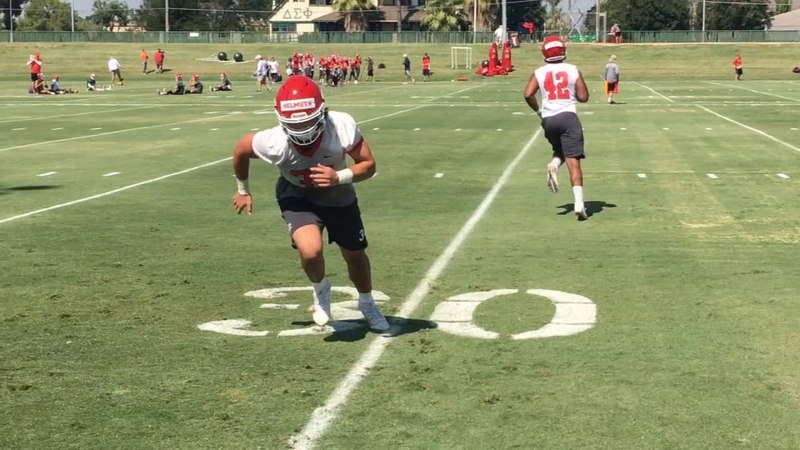 FRESNO, Calif. (KFSN) -- As another Fresno State football season rapidly approaches, the Red Wave is being restored with some familiar faces who played their high school ball right here in the Valley.

"It draws in a lot, everybody has their fan base from the towns around them that they bring in and it's good for us, the community the school, everything," added defensive back Juju Hughes of Hanford High.

"I think Marcus McMaryion is a heck of player, I think they have a chance to win a lot of games. I hope they win everything, that would be awesome so I can talk some trash. So fellas please do that," said Carr.

"Pretty close with Derek, he's in camp, I'm in camp so pretty limited contact right now. He's a great guy, someone I definitely look up to model my game on and off the field after," said McMaryion.