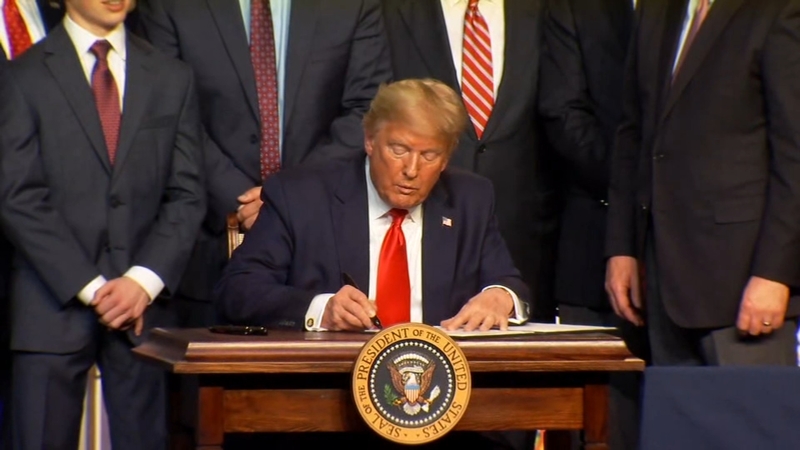 FRESNO, Calif. (KFSN) -- A supportive crowd of several hundred people cheered President Trump on as he walked across that stage inside a hanger at Meadows Field Airport in Bakersfield.

Farming equipment in the room gave clues to who he was trying to reach with this visit.

In his speech, President Trump said he wanted to help farmers in Central California get more water.

President Trump says this all started four years ago when he spent time with Congressman Devin Nunes in the Golden State.

President Trump says he committed then to create legislation that would help with the water crisis many valley farmers face. He said that commitment was put into action as he signed new legislation Wednesday afternoon.

It will allow federal authorities to use technology to track the water in the Delta, and then decide how the water is allocated.

Assemblyman Jim Patterson was at the event. He says President Trump's initiative is creating substantial new water flow for people and agriculture.

"This is a breath of fresh air from the federal government at a time when the state government, frankly, is heading to fallowing a million acres in central California," Patterson said.