Trump heads to California next week for campaign fundraiser 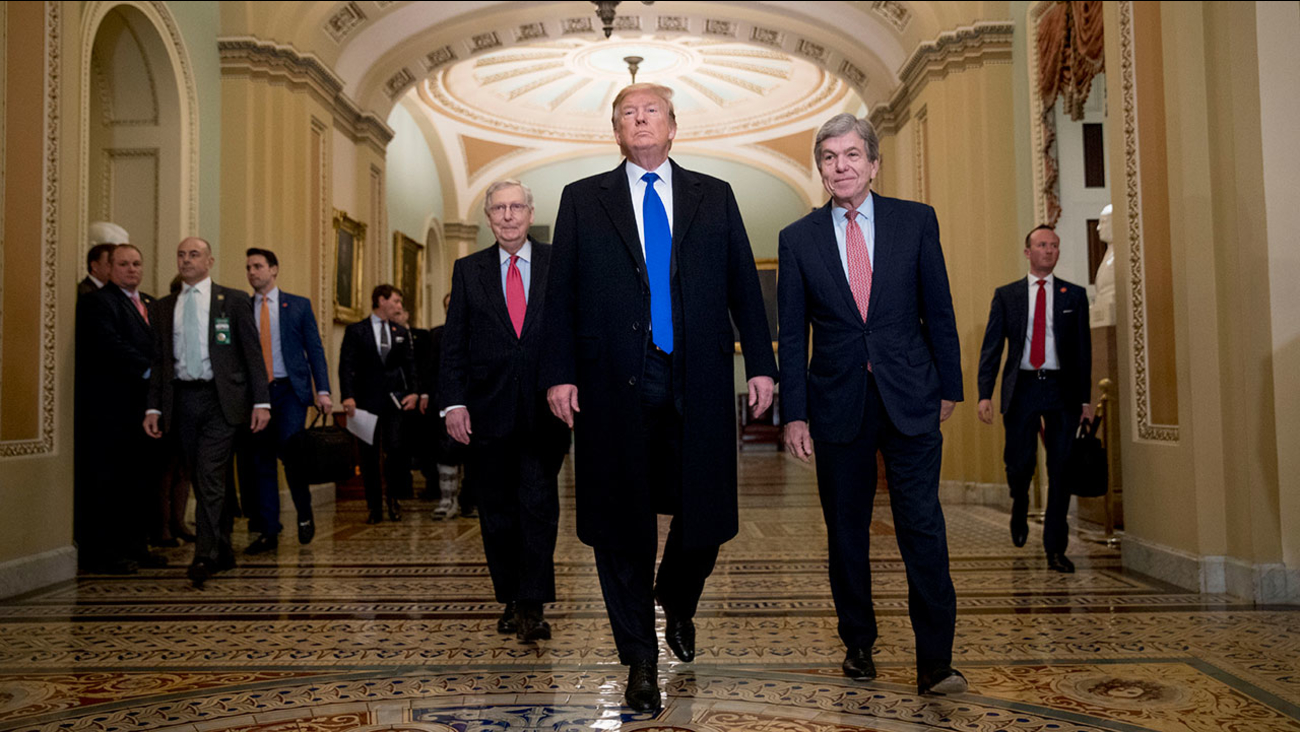 LOS ANGELES -- President Donald Trump is returning to California next week for a campaign fundraiser that has premium tickets going for $150,000.

The April 5 event in Los Angeles will bring the Republican president back to the heavily Democratic state where Hillary Clinton handily beat him in the 2016 presidential election.

Tickets for a reception start at $15,000. That's according to an invitation paid for by Trump Victory, a joint fundraising committee of the president's campaign and the Republican National Committee.

The chance to take a photo with the president will cost supporters $50,000.

The top-priced tickets include a roundtable discussion.