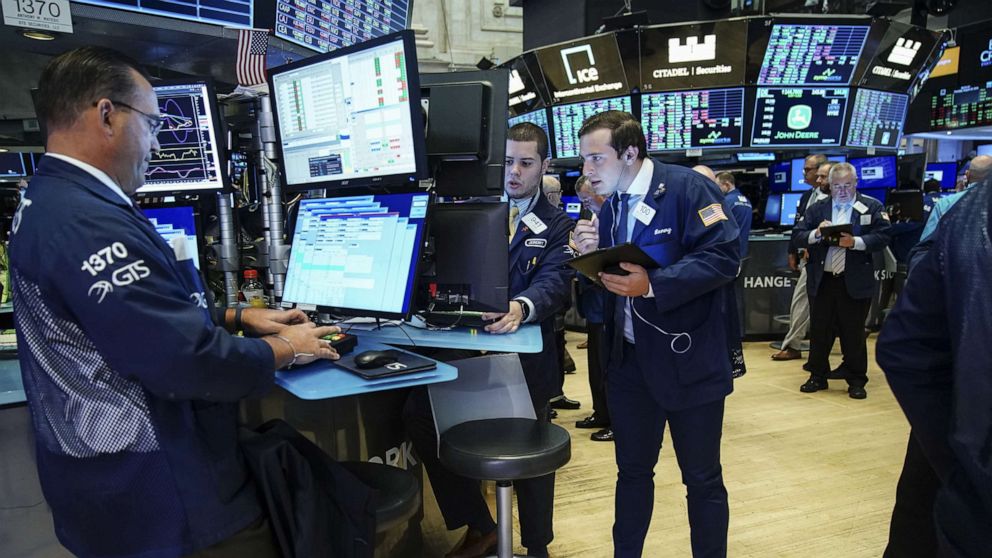 The Dow Jones Industrial Average traded 0.39% or 100 points higher to end the day at 25,578.39, holding most of the largest losses of the year from Wednesday on recession cues from the bond market.

On Wednesday, the yield on 10-year U.S. Treasury notes dipped below the yield of two-year U.S. notes, resulting in an "inverted yield curve."

Traders pointed to new rhetoric from China that could be interpreted as optimistic for trade talks. Walmart released strong earnings, which led support to the markets as investors noted a bullish slate of retail earnings.

"China holds a consistent and clear position on China-U.S. trade talks," China's Foreign Ministry spokesperson Hua Chunying's said in a statement early Thursday. "We hope the U.S. can work in concert with China to implement the two Presidents' consensus that was reached in Osaka, and to work out a mutually acceptable solution through equal-footed dialogue and consultation with mutual respect."