Downtown Fresno business may be fined for using barbed wire 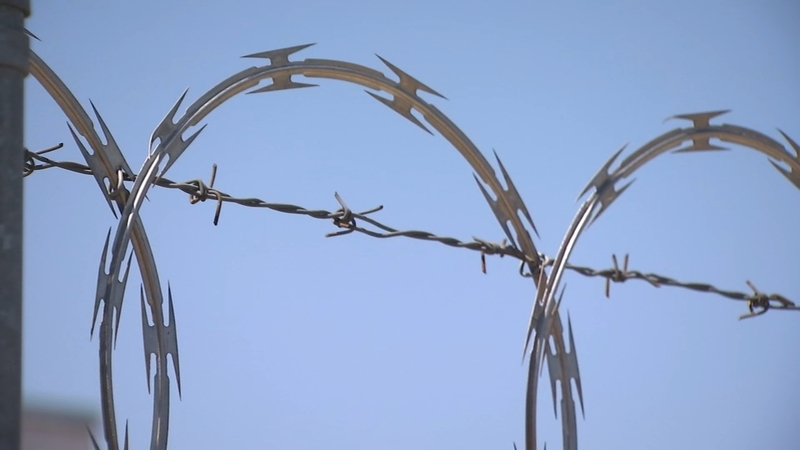 Downtown Fresno business may be fined for using barbed wire

FRESNO, Calif. (KFSN) -- A downtown Fresno business fed up with break-ins and theft over the years now has a new battle on its hands.

Valley Produce has used razor wire and barbed wire or barbed wire surrounding part of the warehouse for over half of the 40 years it has been in business - to protect from thieves.

But now it has learned the security measures it has in place could lead to hefty fines.

The razor wire helps provide security but CEO Penny Murray received notice the protective measures violated the city code. She could be fined if the razor wire and barbed wire are not removed. Administrative fees would start at $100 an hour.

"I thought it was crazy. It said we had five days to remove it," Murray says.

Valley Produce is located on G Street and Stanislaus in downtown Fresno, an area where all of the buildings across the street were leveled to make way for High Speed Rail.

Transients often gather across the way and even outside the loading dock.

Action News has done stories in the past about several break-ins.

"The whole area has gone down. There's nothing but crime, homelessness, trash. It's terrible," says Valley Produce CEO Penny Murray.

If she has to remove the razor wire, Murray worries thieves will just target the company trucks for their batteries and whatever equipment they can find inside.

"It's not fair. They need to make some kind of variance just like they do with other things when something's been there for a long time. It's never caused a problem for anyone that's not trying to break the law."

Murray has always assumed her business was zoned for industrial or commercial use.

"I called the planning department and they informed us that we are zoned 'downtown'."

She has asked city officials for some type of resolution but the city says the barbed wire and razor wire needs to be taken down.