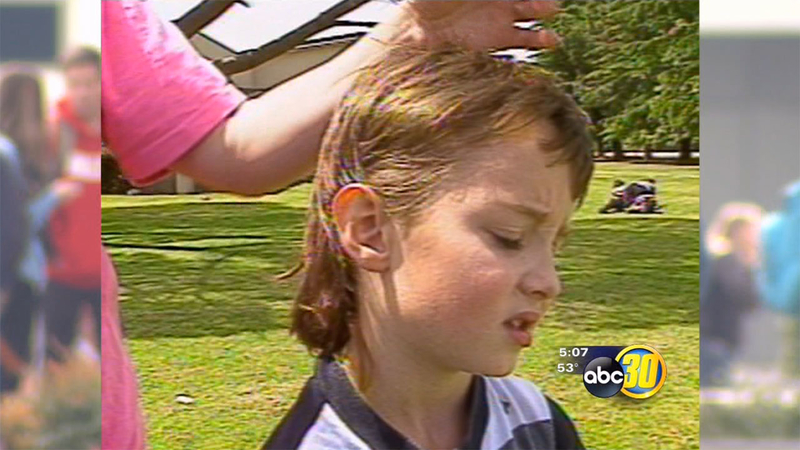 CLOVIS, Calif. (KFSN) -- The Clovis Unified School District has fought hard over the years to make sure boys keep their hair short. Above the collar, with ear lobes exposed.

The district's policy was implemented in 1975 and has been challenged over the years. In 1993, the district rallied parents to raise money to fight an ACLU lawsuit filed on behalf of a five-year-old boy and two other boys who's hair was considered too long. The district won that fight in court.

Last year two students went to the ACLU over the hair and dress code and won. This year, the school board appears ready to give up the fight. District Spokesperson Kelly Avants says the school board reacted to student concerns. "They saw from a student perspective Having a dress code that was differentiated between genders was a little harder to explain to their peers and to other students and we recognize that as well."

But put another way, the school district has decided to comply with state law that prohibits discrimination based on gender expression. ACLU attorney Abre Conner explains what that means. "Having a dress code where a boy has to cut their hair and girl students do not have to cut their hair or girls can wear earrings and boys cannot wear earrings that would be considered gender expression."

The expected change is welcome news to 2014 Buchanan High graduate Nick Arcino who faced a lot of hassles over hair. "I was always getting in trouble, defiant, getting detention and I really felt that it was stopping my freedom of expression."

The school board is expected to adopt the changes to the dress code at their meeting on Wednesday night.