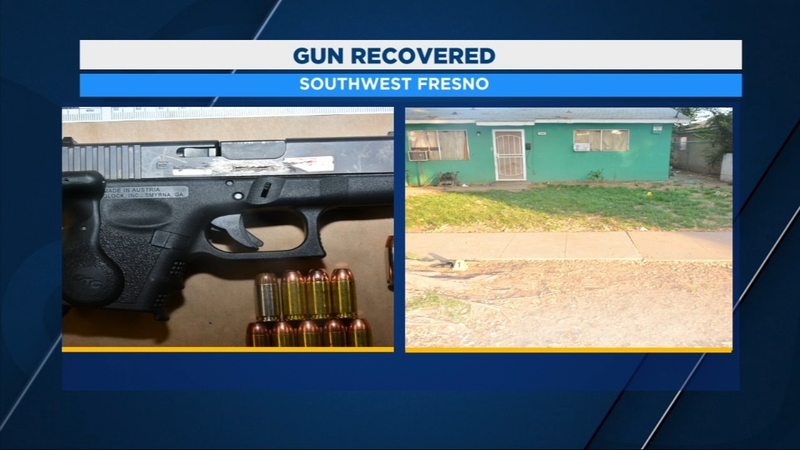 FRESNO, Calif. (KFSN) -- Residents in one part of Southwest Fresno feel a little safer after officers took a handgun off the streets after responding to calls of a drive-by shooting. It happened on Sunday in the area of Tupman and George.

Officers contacted several people, including one 17-year-old Dog Pound gang member. That teen was seen getting rid of this handgun as officers approached him.