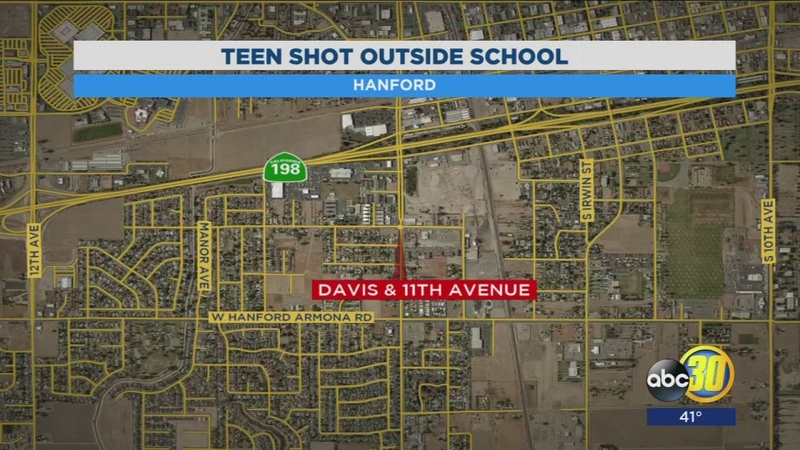 HANFORD, Calif. (KFSN) -- A teenager is recovering Monday night after being shot in a drive-by shooting outside a South Valley elementary school.

Hanford police say a group of teens was walking by Roosevelt Elementary School around 3:30 Monday afternoon when a car drove by and opened fire.

A fourteen-year-old was hit and taken to the hospital but he is expected to survive. Detectives say several cars in the school's parking lot were shot but no one else was injured.