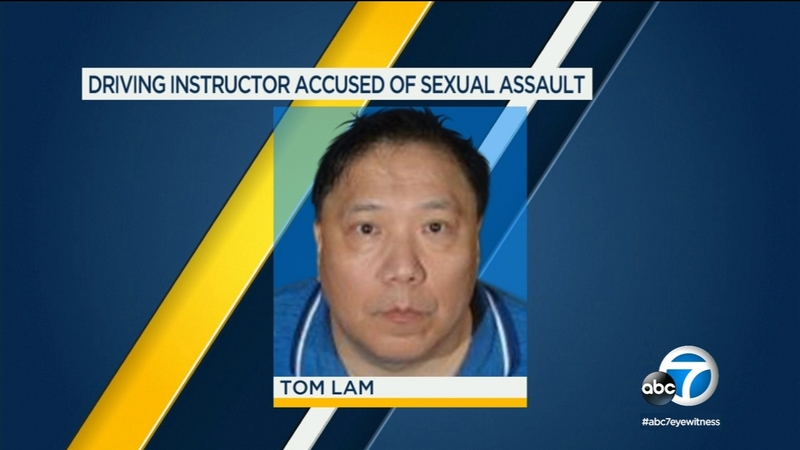 MONTCLAIR, Calif. -- A registered sex offender in Montclair is accused of sexually assaulting a teenager after he was hired by the girl's family to provide driving lessons.

Tom Lam was hired by the family of a 17-year old girl to provide driving lessons in June of last year, according to the Los Angeles County Sheriff's Department.

Investigators said Lam is not a legitimate driving instructor and believe there may be more victims.

Lam was previously arrested for annoying or molesting a minor in 2014 while acting as a driving instructor, according to authorities.

Lam was arrested last week and booked on suspicion of sexually assaulting a minor. He was released on $140,000 bond and is due in court next month.

Anyone who may have been a victim is encouraged to call the Los Angeles County Sheriff's Department at (877) 710-5273.
Report a correction or typo
Related topics:
teacher arrestedteenagersexual assaultdrivingchild sex assault
Copyright © 2021 KABC-TV. All Rights Reserved.
More Videos
From CNN Newsource affiliates
TOP STORIES