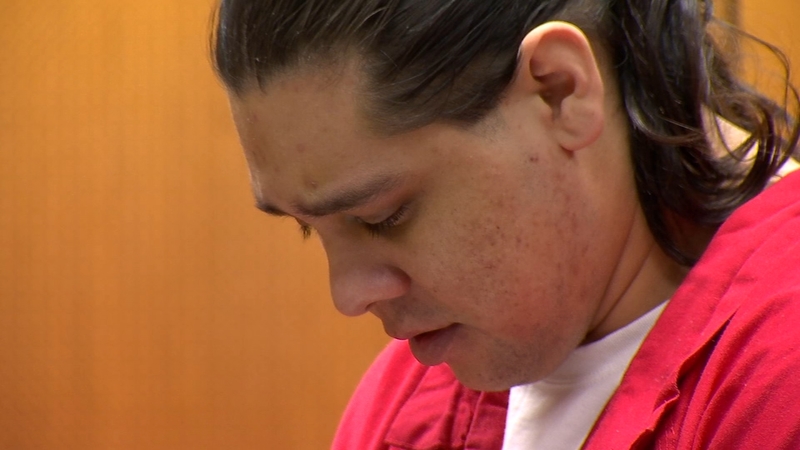 A Fresno family is struggling to forgive after a drunk driver crashed his car into a 70-year-old man, then left him to die on the road earlier this year.

"This was not an accident," said Mitin Bhatia, the victim's son. "It was a totally avoidable crime. It is a crime of murder."

The 25-year-old driver confessed his crimes, DUI manslaughter and hit and run causing death, but not before trying to cover his tracks first.

Ram Bhatia didn't stand a chance when he crossed a street on his daily walk and a speeding BMW hit him in February.

"This should've never happened to my father," said Mitin Bhatia. "He did not deserve to go this way."

The driver who hit him didn't stick around to see the gruesome scene he left behind. The 70-year-old's body couldn't survive the impact.

"And no words can describe the amount of pain or how terrible I feel inside," he said. "I was selfish, senseless, and reckless. I'm so sorry for what happened."

Chenot had a .06% blood alcohol content five hours after the crash, so experts estimate it was at least .15 when he hit Bhatia.

He called it a horrible choice he made and pledged to use his experience to mentor Native Americans like himself who struggle with drug and alcohol addiction.

But prosecutor Tim Donovan said it wasn't one choice, it was a lot. Chenot's blood test also showed metabolites for THC and cocaine.

Donovan read off a series of Facebook posts and called it a lifestyle for Chenot, who was already on felony probation when he drove drunk, then ran from the scene of the crash.

"So for us to hear he's never going to do something or it's never going to happen again, that's ridiculous because it did happen," the senior deputy district attorney said. "He disobeyed the law."

Chenot says he prays for forgiveness every day, but Bhatia's son says he and his family members aren't strong enough to forgive their father's killer, at least not now.

"But my father was very kind and a forgiving person by nature," Mitin Bhatia said. "He would forgive him if he promises to change his life around."