VIDEO: Cellphone footage shows inside of airplane during crash in Mexico 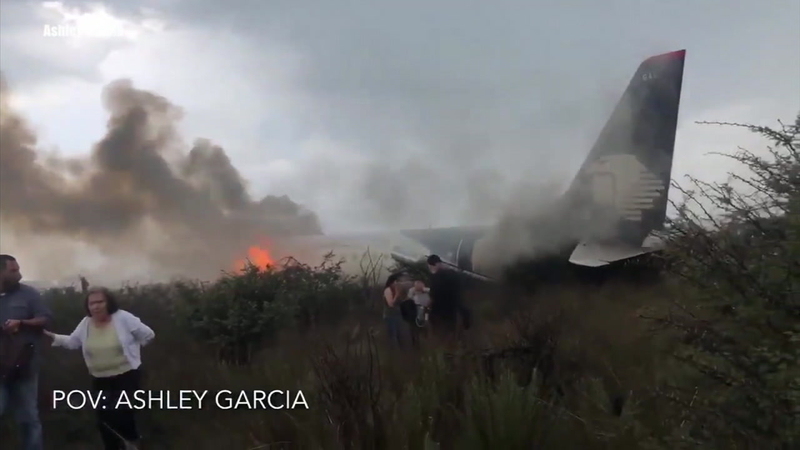 DURANGO, Mexico -- Cellphone footage from a passenger aboard the Aeromexico plane that crashed in Mexico shows a dramatic new look at the accident.

Passenger Ashley Garcia recorded the chaos in which people can be heard screaming and crying immediately after impact.

All 103 people on board managed to escape with their lives after the plane crashed into a field about a mile from the airport.

The captain was the most seriously injured.

RELATED: No deaths after Aeromexico airliner crashed after take off, says governor

Passengers can also be seen running in a field away from the plane as it burns in the background.

Emergency crews eventually arrived to treat the injured passengers, 49 of whom were hospitalized.

At least 65 Americans were on board, including the Rev. Esequiel Sanchez from a Chicago-area church.

Sanchez suffered a broken arm in the crash.