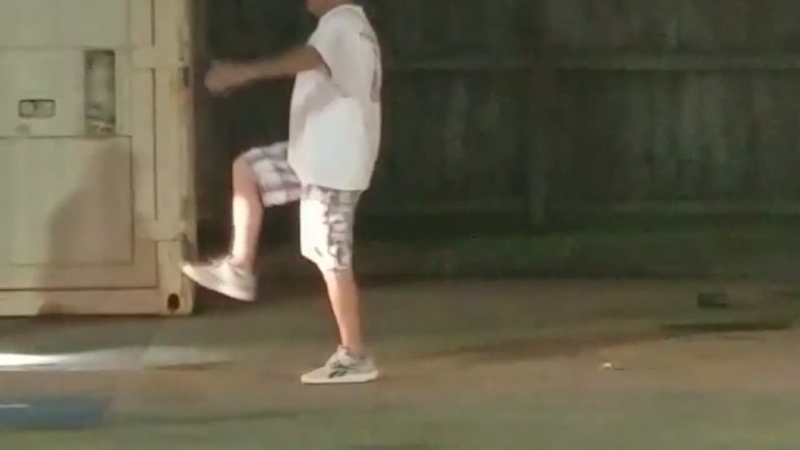 HOUSTON, Texas -- A couple is wondering how a driver who struck their car is still on the road after eight DWI convictions.

As Kacie Layton helps her dad wrap a final few Christmas presents, she's grateful that she's here to celebrate the holidays with her family. In Sept. 2017, she was sideswiped on the highway by a suspected drunk driver.

"I was driving on the beltway, minding my own business, and I got sideswiped. After he hit me, he took off," said Layton.

Her husband shot video of the accused driver, William Centers, performing a field sobriety test, something he should be familiar with.

"You can tell, even as he was getting in front of the cop car on camera, he was swaying," remarked Layton.

According to court records, Centers has been driving drunk for almost 40 years.

In records reviewed by Eyewitness News, the first conviction came in 1980. The incidents are as follows:

"Luckily, I only had a concussion. It could have been so much worse, there are so many people out there with family members I know that have passed away from being hit by a drunk driver. Something else needs to be done," said Layton.

Sean Teare, head of the Vehicular Crimes Division at the Harris County District Attorney's Office, says he cannot speculate on why previous administrations were not able to put away Centers for longer periods of time. However, if his current DWI case goes to trial, his division plans to ask for life behind bars.

"His breath showed he was at .22, coming up on four times the legal limit. That is not someone who should ever have the opportunity to be out among the citizens again," said Teare.

Centers is currently in jail on a bond violation. Both Teare and Layton say they hope he stays there forever.

"It's justice delayed and thank God he hasn't killed anyone yet, but we're not going to give him the opportunity again," said Teare.