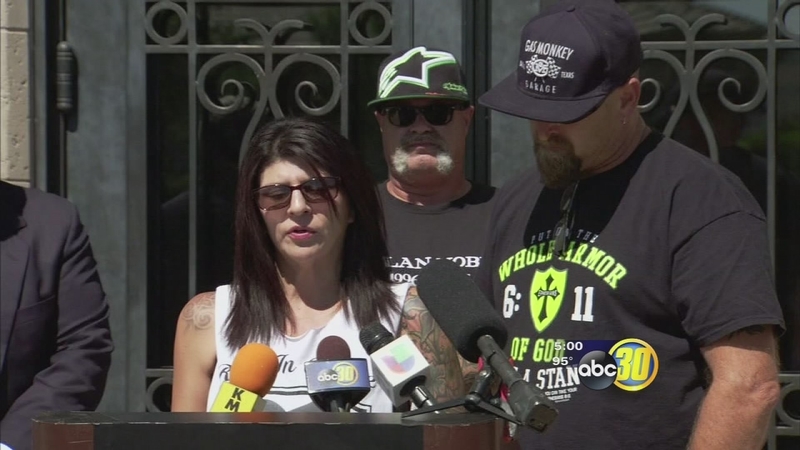 Now 17 days after Noble's death, the general public has only seen an incomplete video showing the last two of four shots fired by Fresno Police Officers.

For now, Fresno Police Chief Jerry Dyer has decided not to release footage recorded by body cameras on the officers. But he's repeatedly described what he saw in it, saying Noble ignored dozens of commands from officers and mimicked the movements of someone armed with a gun.

He shared the video with the 19-year-old's family Friday.

Four days later, Noble's mother has filed a claim for damages from the city of Fresno-- the first step towards filing a lawsuit.

"The Fresno Police Department, up until now, over these past couple of weeks, has been defensive in saying something along the lines of 'when the body cam is released, then people can understand from an officer's perspective why they did what they did.' I don't think that's going to be the case," said Stuart Chandler, Attorney for Dylan Noble's Mother.

Chandler admits he could see Noble wasn't responding to every command but said it was also clear police shouldn't have killed him. He wants the public to see that too, so he's pushing for police to release the video.

"I think it's important the entire story of sequence of this traffic stop resulting in death needs to be told. And frankly, I think the video will speak for itself."

The family did agree with Chief Dyer that video shouldn't be released right after they saw it, given what had just happened the night before in Dallas. But they want it released by the end of the week.