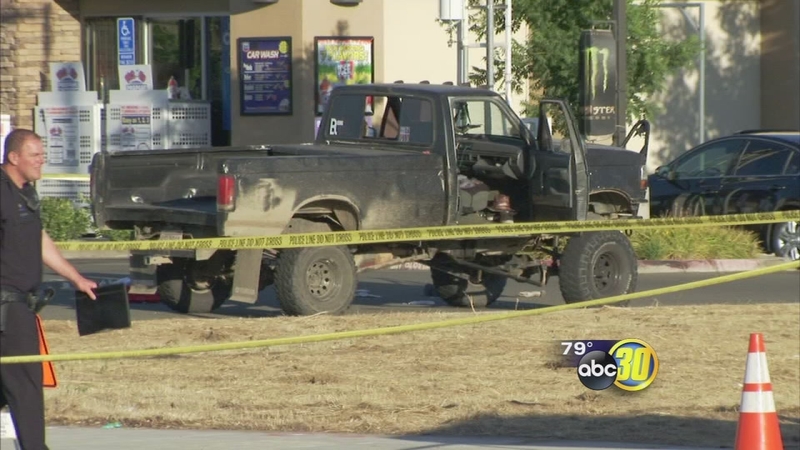 FRESNO, Calif. (KFSN) -- For his friends and family, the cell phone video of the shooting is painting a new picture of what happened during Dylan Noble's final moments. Lawyers for the family plan to address the video on Thursday.

Two hours after attending Dylan Noble's funeral. Emily Orndoff watched the cell phone video of the officer-involved shooting that killed one of her closest friends.

"It makes you sick seeing someone you care about killed like that."

The footage is only a few seconds long, but Orndoff describes to us what she saw.

"He was trying to do the right thing he was trying to comply and you can hear him say, 'my hands are up, they're up,' and you see him put his hands in the air and he continues to be shot afterwards."

That account, she said, is different than what Fresno police said happened.

"They said that he got out and made advances towards the officers. From that video, you can clearly see that he is laying on the ground directly below the door of his truck. If he moved towards them he would be closer to them."

Hundreds on social media reacted to the footage, many supporting noble and his family.

One person commenting, "Until this video I was on FPD side. My heart is broke for this poor boy and his family."

But there were those like Byran King who is standing by Fresno police saying, "This video shows nothing until you see the police body cam"

Action news reached out to the Fresno County District Attorney's Office for an interview but was told because it is an open and on-going investigation, no one could comment on any specifics of the investigation.