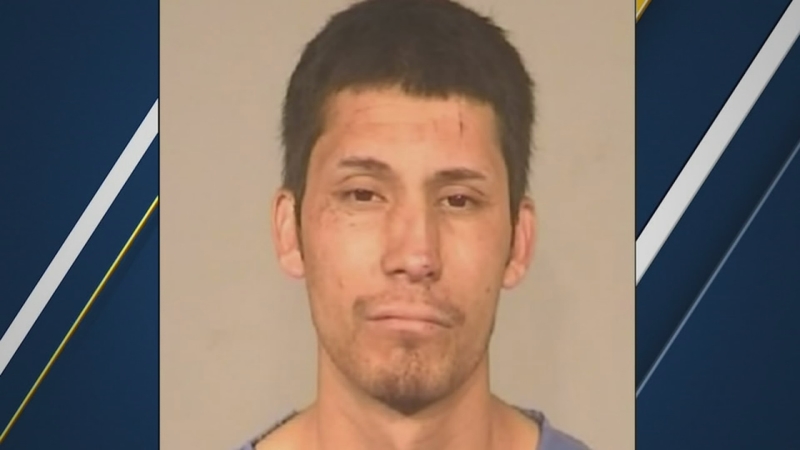 FRESNO, Calif. (KFSN) -- The last in a series of crimes police say were committed by Samuel Lopez occurred on June 11th.

Surveillance video captured the robbery of a 7-Eleven store at Clovis and Belmont.

Another camera shows that just before the suspect, believed to be Lopez, runs outside, a police cruiser appears in the parking lot.

The suspect runs to a waiting getaway car, which crashes during a police chase. The alleged driver, Joseph Archuleta is caught, Lopez flees. But he is arrested at his home the next day.

"There were hundreds of hours police officer hours and detective hours involved in the capture of this one individual who decided to go on a 12-day crime spree."

The crimes started on May 30, and included early morning robberies of a doughnut shop, the 7-Eleven, along with a series of carjackings and attempted carjackings. Police say Lopez has a criminal history including property crimes and rape.

"We can assume at this point it's most likely related to drugs, to feed his drug need."

Nobody was hurt in the 12-day crime spree. As it turns out, Lopez was using an airsoft pistol, which looked like a real gun. According to Dyer, whether it was real or not, the threat of force in eight crimes is enough to sentence Lopez to hundreds of years in prison if convicted.