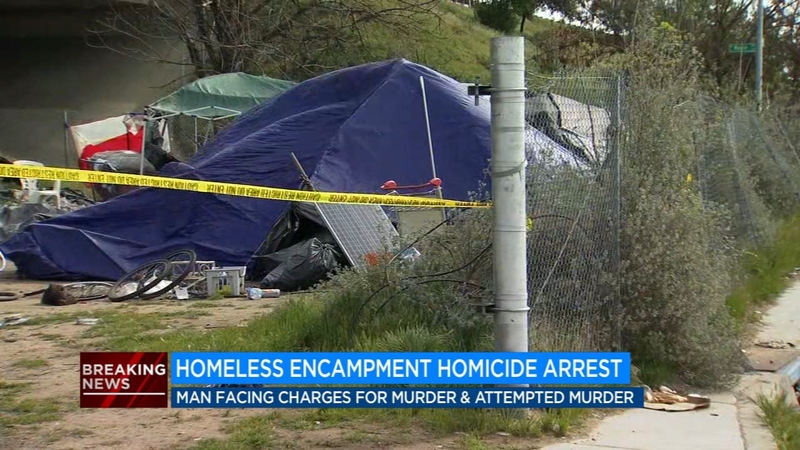 FRESNO, Calif. (KFSN) -- California Highway Patrol officers have arrested a man they believe is connected to a deadly shooting that occurred last weekend.

Officers responded to a homeless encampment on Harvey and Maple Avenues, just south of Highway 180, to make the arrest on Thursday morning.

The CHP said the suspect is a man in his 30s. The relationship between him and the victim, 49-year-old Ray Stewart, wasn't immediately clear.

Stewart died on Saturday after he was shot multiple times at a homeless encampment in the area of Harvey and Winery Avenues.

Another man was also shot and taken to the hospital in critical condition.

RELATED: How Fresno's homicide rate compares to other California cities