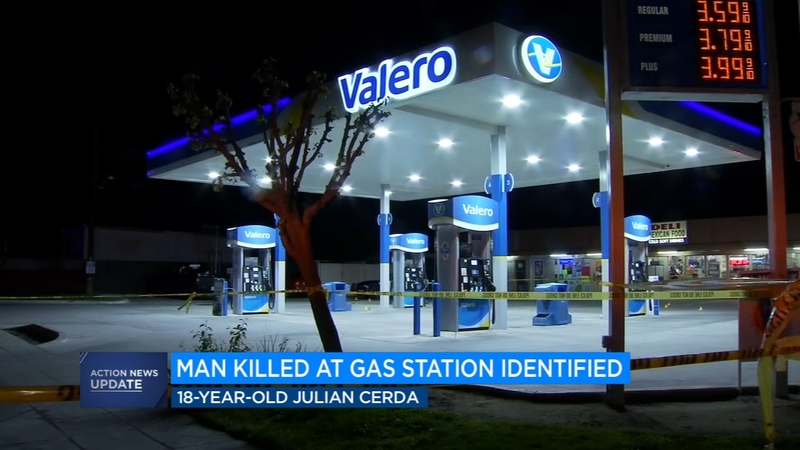 It was earlier Saturday afternoon that 18-year-old Julian Cerda was standing in the parking lot.

Detectives believe there was an altercation at the gas station between a group inside a Toyota Corolla and a man they encountered driving a white pickup.

Things quickly escalated and the man inside the truck fired at the Corolla multiple times.

"The entire back window was blown out and had multiple gunshots to the rear portion of the vehicle," says Fresno Police Lt. Israel Reyes.

Officers believe Cerda, who was outside of the car, was shot in the chest at least once.

"His friends threw him in the vehicle and then drove him down to the area of CRMC to drop him off in the ER, assuming that they saw an ambulance and thought that was a better idea," Reyes said.

Those in the Corolla made contact with an ambulance about four miles away from the gas station, at Fresno and McKenzie.

Investigators say during this time, one person inside the car took off running.

Cerda was then taken to the hospital, where he later died.