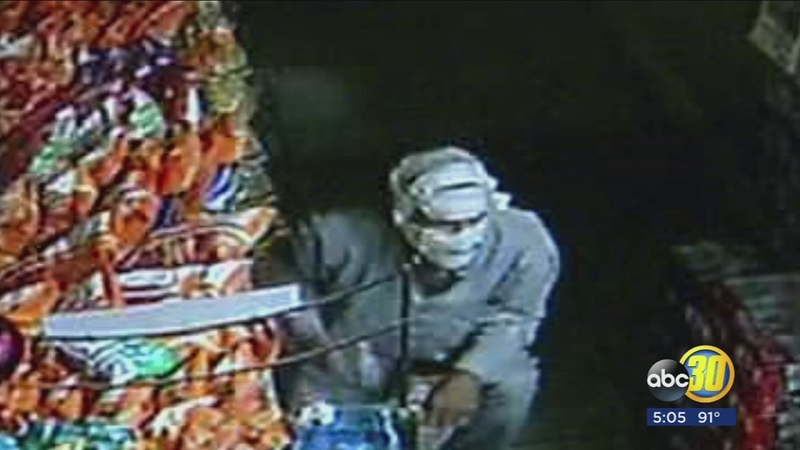 EASTON, Calif. (KFSN) -- An Easton store owner couldn't believe what he saw on surveillance video after an early morning break-in.

The thief actually resembled a mummy. His face appeared to be covered with toilet paper and the store owner thinks he may be a regular customer.

Repair workers retraced the steps taken by a thief on top of the Shop and Quick #2 store in Easton across from Washington Union High School. Surveillance video followed the man as he punched a hole through the ceiling, dropped in, and made his way around the store. He stole $800 worth of cigarettes.

"You see him jump from the hole then emptied the garbage, got a bag from the garbage and came to the counter and collected all the cigarettes from Marlboro. He didn't touch any other thing," said Tarlochan Singh, store owner.

Singh thinks the person responsible is a regular customer. He seemed to know beer cases were stacked right where he came in through the hole.

"He knows where the beer and where he can climb. That's why he cut two holes before," said Singh.

And Singh was surprised to see how the thief hid his identity during the crime.

"I can see on the video it looks like he has toilet paper or something putting on his face."