Delays, dropped calls, no checks: EDD under fire after many Americans left helpless and frustrated 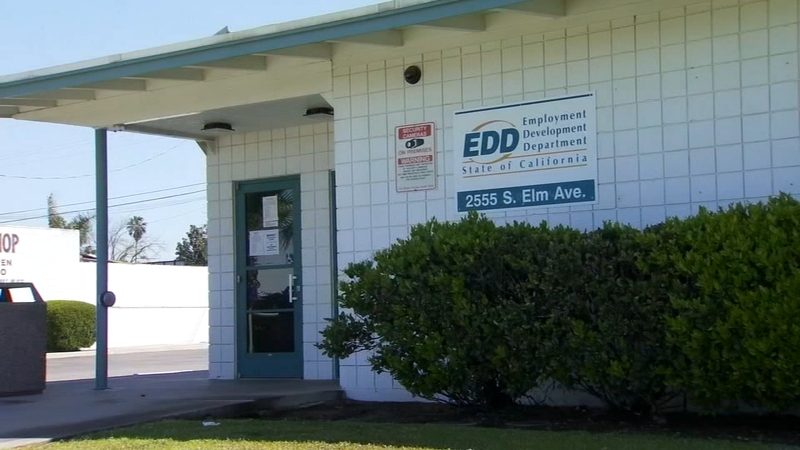 EDD under fire after many Americans left helpless and frustrated

FRESNO, Calif. (KFSN) -- A local legislator is calling for an audit of the Employment Development Department as many Californians are still struggling to get benefits.

More than 6 million California workers have filed for unemployment since the beginning of the coronavirus pandemic but many of them, like 31-year-old Ryan Turner of Fresno, have received little to no benefits.

Turner was let go from his paralegal job in March, and is one of the 800 people Assemblymember Jim Patterson says has called his office regarding issues with the Employment Development Department.

Patterson says he's fed up with the delays, dropped calls, and outdated technology, and is now requesting the EDD be audited.

"This is a monumental failure at a time when millions of Californians need it most," says Patterson.

In a letter, Patterson says during one week in May, only 150,000 people were able to speak to a live person out of 1.5 million total phone calls.

The labor department has faced backlash since the start of the pandemic but Patterson says the EDD has a long history of problems.

"When we turn the state auditor loose and put these bureaucracies under the white light of accountability and find the problems more often than not, we deal with them," he says.

Action News reached out to the EDD for a response, but have yet to get one.

Their website states they've paid out more than $33.5 billion in benefits, and they're in the process of a hiring effort with the goal of filling nearly 5,000 positions.

Patterson hopes for a better online system and more answers through an audit.

Those still waiting on a response, like Turner, are just hoping to receive some help to make ends meet.

"It's been frustrating to ask for support from family members. The head of the EDD is making money and there's all these people that are not," he says.
Report a correction or typo
Related topics:
careersemploymentcoronavirusunemploymentcovid 19
Copyright © 2021 KFSN-TV. All Rights Reserved.
UNEMPLOYMENT
California unemployment crisis: Calamity at the EDD
CA EDD to begin distributing benefits to claimants this week
Louisiana residents took $1M in COVID funds from California
EDD's reinstated rule: What counts as looking for a job?
TOP STORIES
California to require health care workers to be vaccinated by Sept. 30
Woodville murder victim protected sister before shooting
32-year-old dies after crash at Fresno County auto dealership
No charges to be filed against Central Unified superintendent
Flags stolen outside of Fresno's Veterans Memorial Auditorium replaced
NE Fresno homeowners allowed to sue city over 'tainted' water
Clovis police adding new tool to get drugs off the street
Show More
Federal relief promised for CA farmers impacted by drought
Have Type O blood? Central CA Blood Center needs your help
COVID cases on the rise across the Central Valley
Moderna COVID-19 vaccine remains 93% effective at 6 months
Fire burns through vehicle storage yard in southeast Fresno
More TOP STORIES News