Many frustrated California workers locked out of unemployment benefits, accused of 'fraudulent activity'

He says the move left many with no money to live on and no way to know how long they'll have to wait.

"Throwing 1.4 million Californians basically into a bin that says you're suspected of fraud and we now have a catastrophe," said Patterson.

Patterson says his office has been inundated with frustrated workers after many of them say they were suddenly cut off from their unemployment benefits on New Year's Day.

"This is another example of the technological failures that the EDD has been warned about for years," said Patterson.

"I haven't received a payment since the 7th of December and I couldn't figure out why," said a frustrated Tarri O'Donnell.

Tarri O'Donnell worked as a personal trainer before gyms were forced to close.

She recently received a message from the EDD saying her account was suspended because of fraudulent activity.

As over a million of unemployed workers in California are frozen out of their unemployment benefit accounts, a cybercriminal reveals just how easy it is to get the documents to fool the EDD.

The agency is now requiring everyone to verify their identities in order to restore their benefits.

"It says I have four hours and 53 minutes of wait time," said O'Donnell.

O'Donnell eventually got through.

"It asked me to hold the phone up to my face and it did a scan of my face."

But that's when she got the response she was afraid of.

"They said they could not verify me based on the phone number and documents."

Assemblymember Patterson is offering help for those having trouble getting through to EDD.

"If we get a call from a constituent we can go to bat for them at the EDD and all of a sudden they'll snap to it to get the situation resolved. It's absolutely backwards," he says.

Action News reached out to the EDD about the 1.4 million Californians locked out by the system. They sent us the following statement:

There are two scenarios that are occurring recently, as described below:

Since Congress and the President took action to reauthorize these federal benefits, the Employment Development Department (EDD) is quickly reopening PEUC and PUA claims for those that had a balance on their claim as of December 26, 2020. These individuals who are waiting for their PEUC extension or PUA weeks to be made available starting December 27, 2020, do NOT need to re-open their claims. The EDD is working diligently through these claims to automatically make those weeks available, and will notify your constituents when they have weeks to certify for ongoing benefits.

There is a second scenario for some individuals who have a disqualification on their PUA claim, but have an option to reopen their claim through their UI Online account. Since these claimants are not currently eligible, they should not be able to reopen and certify for benefits. Our IT Branch is currently working on a fix so that these individuals do not have the option to reopen their claims, as they are currently disqualified. However, it is important to note that despite this temporary glitch, these individuals have NOT been paid benefits.
Report a correction or typo
Related topics:
societyfresnounemployment californiafresnounemploymentcovid 19 pandemiccalifornia
Copyright © 2021 KFSN-TV. All Rights Reserved.
UNEMPLOYMENT CALIFORNIA 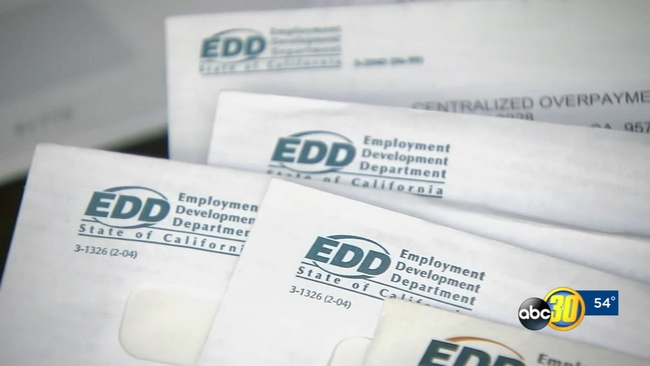