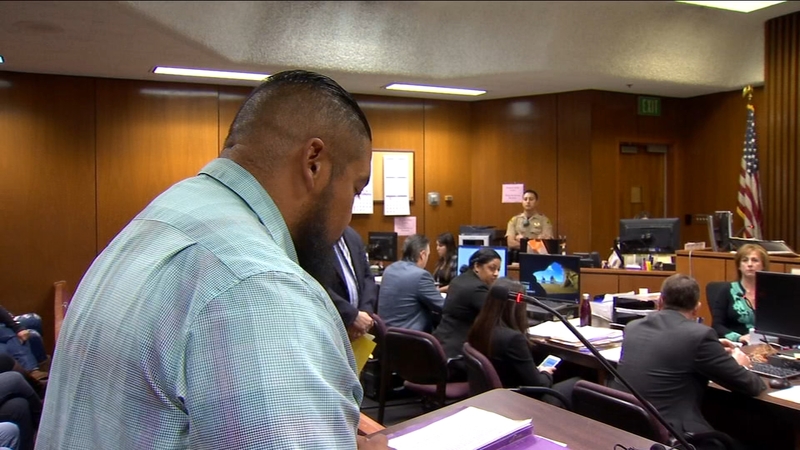 Friday, he finally faced some of the young suspects.

It's been several difficult years for Steven Guerrero. That December day he thought he would die from his physical wounds. But nowadays it's the lingering psychological damage he struggles with.

Guerrero has sorted through a lot of aches and pains over the past years. He recalled the early evening in 2013 when four teens stormed into his classroom in an attempted robbery. He thought he might never make it out of the classroom alive.

"I was at odds with surviving a blow to the head and getting shot twice. And I thought it was only a matter of time before I, before I died," said Guerrero.

Jose Zinzun listened to the victim. Zinzun is now 21 years old now. His attorney said he stood in the doorway during the violent encounter and was the least involved.

He received a sentence of 11 years in prison. Another defendant, Nicholas Padilla got 13 years. Gilberto Ramos also listened as Guerrero told them he still has to fend off feelings of anger and hostility toward them. Even though Guerrero went back to work-the effects from that day are always near.

"I have constantly been in a state of hypersensitivity, with a heightened sense of alertness and vigilance. I would describe it as extreme PTSD," said Guerrero.

After they were held to answer following a preliminary hearing- all four co-defendants pleaded no contest. Friday Judge Michael Idiart said the shooting was a sad indication of what society has become.

"No individual, particularly a teacher in his classroom should have to endure this situation. But it is what it is, and we have to now deal with it," said Fresno County Judge Honorable Michael Idiart.

The terrifying ordeal has left the athletic trainer and sports medicine instructor seeking the help of his own to heal from the whole experience.

"I've been under the treatment of psychiatrists, psychologists for such mental effects. This has caused me, this incident has inflicted on me so much mental and physical suffering due to being faced with death and the uncertainty of succumbing to gunfire injuries," said Guerrero.

The victim also talked about the moment he finally got the gun into his hands. He tried to fire at Gonzalez but there were no more bullets in the chamber.