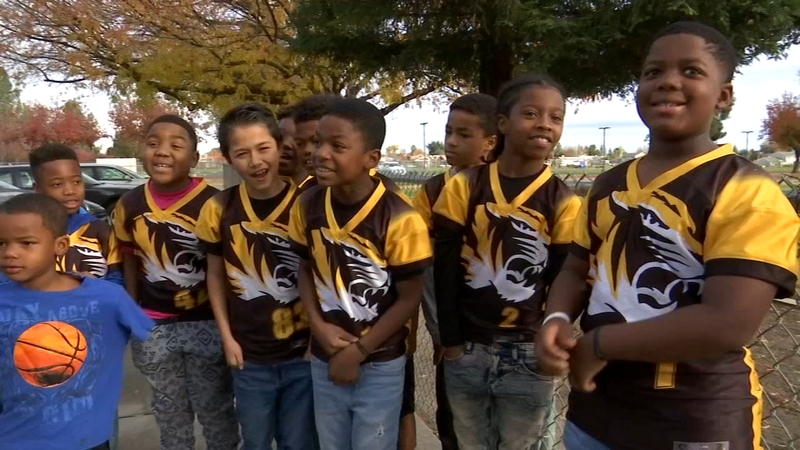 FRESNO, Calif. (KFSN) -- A team of kids from southwest Fresno earned a trip across the country with their latest football championship.

The tiniest Tigers hit the fields of southwest Fresno with unmatched enthusiasm and skill.

A 12-0 season led Coach Kenny's Edison Tiger Pee Wee Youth football team to their fourth local championship in five years and an invitation to the world championship at the Football Hall of Fame in Canton, Ohio.

But in southwest Fresno, kids often feel like they're on the outside looking in when opportunities like this come up.

None of them has ever been on a plane.

Most of them have never seen snow.

That changes this week.

"The community has really stepped forward and helped us to accomplish that goal also with a GoFundMe. So they've been great, awesome. We have a lot of support right now," said Joeanna Rivera, one of the team moms.

People have donated almost $7,000 through GoFundMe - enough to get the team to Ohio.

They still need help for hotels and food, but CalViva Health also donated $5,000 and they came with a surprise Sunday - warm jackets.

They get on the plane Tuesday.