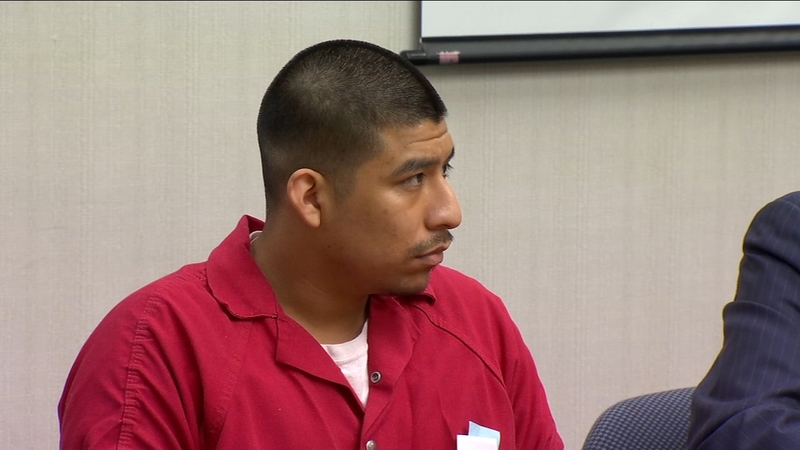 FRESNO, Calif. (KFSN) -- New details are emerging about the day detectives say a teenager was kidnapped, raped and robbed.

During the frightening encounter, the victim told officers her iPod and cell phone were taken.

Officers held onto the phone and weeks later when it was turned on, they set out to find it. It led them straight to the suspect.

Eduardo Gonsalez was identified by the victim as the man who kidnapped her as she walked home from a community event nearly three years ago.

Parlier Police officers say the suspect drove by slowly and then circled back around before pulling up to her.

"The subject rolled down the window and asked her for directions to a supermarket I believe," said former Parlier Officer Josue Silva.

The teenage victim provided the directions then quickly learned he wasn't really lost.

"After that, he then pulled out a firearm and demanded she enters the vehicle," said Silva.

Silva testified the victim got into his car after the gun was shown. She said she was in fear of her life. The victim told detectives the suspect asked her how old she was and if she had a boyfriend. A mile and a half later the car came to a stop at an orchard where the girl was sexually assaulted.

"She struggled and pled for him not to and at that point he drew a firearm and pointed it at her head," Silva said.

After it was over, the sobbing young woman was let out of the car. She told officers she walked to a nearby neighbors house and called for help. Initially, officers said the unwanted and unsolicited attack by a stranger was a difficult case to solve. Except for the fact, the victim's cell phone was taken during the crime and used several weeks later. Officers responded to the location the phone was pinged and identified Gonsalez as the suspect.

Then they showed the victim a photo lineup.

"I then proceeded to show her the photographs. The very first photograph I showed her she quickly said that's him," said Parlier police officer Jacob Aguilar.

Officers then searched the suspect's Sanger home and discovered an AirSoft gun they believe was used during the rape, robbery, and kidnapping.

After listening to testimony the judge held Gonzales to answer on all charges.