WLS
By Diane Pathieu and Sarah Schulte
CHICAGO -- Chicago Public Schools teachers and students returned to the classroom Friday after a tentative agreement was reached with the Chicago Teachers Union to end a 15-day strike.

The deal still needs to be ratified by the full union. Fifteen days after they walked out of schools together, union members with CTU and SEIU walked right back in together Friday.

CTU reached an agreement with the city Thursday ending the longest walkout since 1987. The contract itself is the first of its kind with an agreement to establish enforceable class size limits, puts nurses and social workers in every school.

In the end, the major sticking point though was make-up days. Teachers said they wouldn't return to work unless all 11 missed school days of the strike were made up and paid. In a last minute deal both sides settled on five days.

Getting that return to work deal only came after a one-on-one session between Mayor Lori Lightfoot and CTU President Jesse Sharkey.

"We lost more than a week's pay for this strike, but we can hold our heads high because we accomplished something meaningful," Sharkey said.

Mayor Lori Lightfoot announced on Thursday that Chicago Public Schools has reached an agreement with the Chicago Teachers Union.

An additional 250 nurses and over 200 social workers will be hired, so every school will have one of each by 2023. The new contract also provides raises for support staff, such as teachers' aides and clerks.

The deal includes $35 million for a committee to enforce class size limits.

Lightfoot hasn't yet said how CPS will pay for the contract.

"We spent a lot of time crunching the numbers and feel confident about representations and briefings I received that the money is there to pay for this contract," Lightfoot said.

CPS parents said they are just happy their kids are back in class, and some said their kids felt the same way.

"At this point they were ready to come back," said Treyonda Towns, CPS parent. "They usually don't want to go to school, but they really wanted to be here."

Mom Veronica Lopez, who has three kids in CPS and works overnights.

"A relief, cause now I can go to sleep," she said.

But attendance was lower than normal at many schools, and after canceling events and rescheduling, principals said their priority is to get their schools back on track as soon as possible.

"It's going to take a couple days to figure out some calendar items, but the biggest things are kids and teachers back together, that's what you need to focus on," said Principal Mira Weber.
Report a correction or typo
Related topics:
educationchicagolooplori lightfootchicago teachers unioncpschicago public schoolsstrikenegotiationsteachersrally
Copyright © 2020 WLS-TV. All Rights Reserved.
RELATED 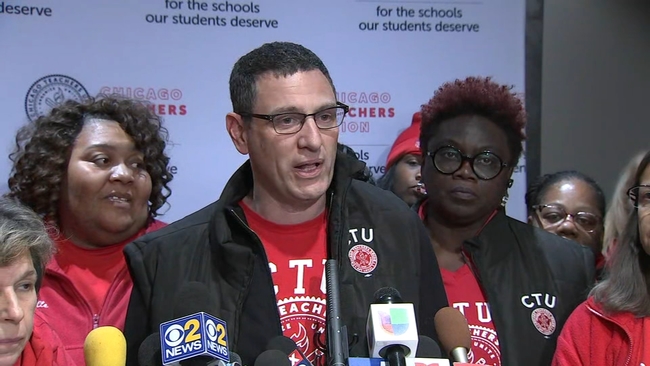 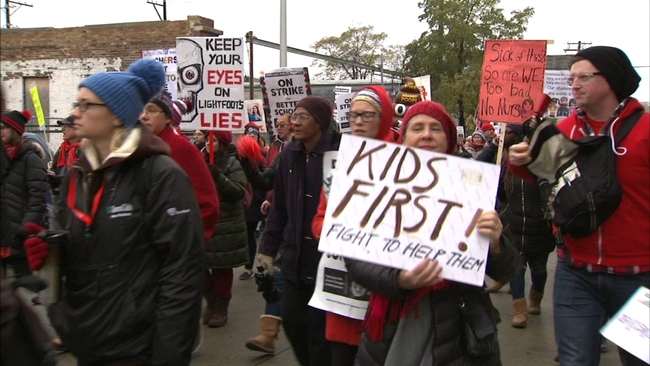