WLS
By ABC7 Eyewitness News Team Coverage
CHICAGO -- As Chicago Public Schools remain closed for a seventh day Friday, there are signs of progress and hints of optimism that the Chicago teachers strike may be close to an end. But will it be enough for both sides to reach a resolution this weekend?

The Chicago Teachers Union again took to the streets Friday on the ninth day of their strike. Teachers and support staff led a rally that started at Buckingham Fountain in Grant Park, and at one point attempted to shut down Lake Shore Drive.

But police blocked their way with bicycles and kept the lights green for traffic, turning demonstrators back toward the Loop.

An estimated 2,000 people showed solidarity Friday as many wait on negotiators at Malcolm X College to bring the strike to an end.

Chicago teachers marched through the Loop Friday as the CPS strike continued for a 9th day.

As of Friday, the strike has matched the length of the 2012 strike, which had kids out of school for seven days.

"Honestly, bargaining, when it gets to the end and when there's a small number of issues on the table, has some degree of, you've got to be patient as the other side works through difficult proposals," Sharkey said. "You start getting to the stuff that matters the most but is the hardest."

Propelling off progress made Thursday night, neither side would specifically acknowledge the issues that still divide teachers and the city.

"The focus tomorrow is going to be about how do we get closure on some of the big priorities that have been constant areas of discussion," said Latonya McDade, CPS Chief Education Officer.

CPS negotiators said they have reached tentative agreements on 80 issues, just not the main ones on class sizes and staffing. The mayor said they have given CTU written offers on those two areas, and are waiting for counter-proposals.

"We have remained diligent at the bargaining table," said Mayor Lori Lightfoot. "We have encouraged CTU to step up the pace of their delivery process so they can respond to the number of counter-proposals that we've put on the table."

"My national association, the National Association of School Psychologists, recommends on psychologist for every 500 to 750 students," said Jackie Gilson, a school psychologist. "I am nine times that amount."

CPS is also stepping up the pressure to get a deal done.

"This cannot go into next week, after next week we have students who will not be able to take the PSAT to qualify for National Merit Scholarships," said LaTanya McDade, CPS Chief Education Officer. "So there's a lot on the table that we have to get some movement."

Students at Lane Tech demonstrated in support of teachers despite the strike's disruption to after-school activities like Homecoming, which had to be postponed.

"We can't go to the negotiations and we can't be a part of trying to solve the problem, but we can show that we support them by being here so I think that's important," said sophomore Emilia Fischer.

CTU said a sticking point is getting language in the contract that would enforce an agreement on class size and staffing.

"We have to make sure that we have something in the contract that reassures our members who are in the schools that what they say they're going to do is really going to happen," Sharkey said. "But again, I think we can work that out."

Another issue raised in negotiations is over money from what's called Tax Increment Financing, or TIF, funds. Union leaders said the money should go to them, but the city argues that's not possible. 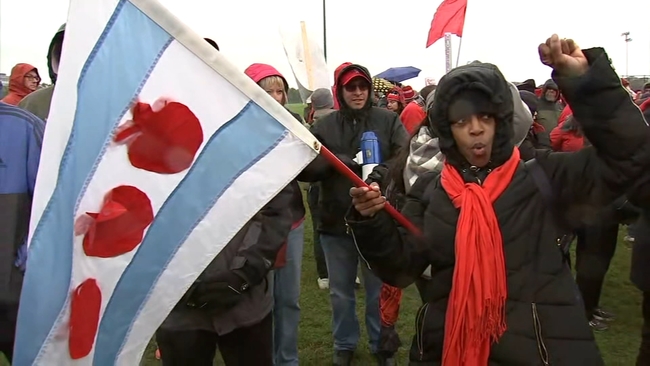 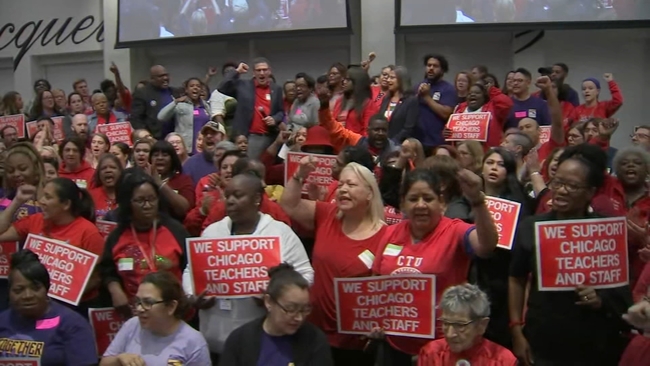 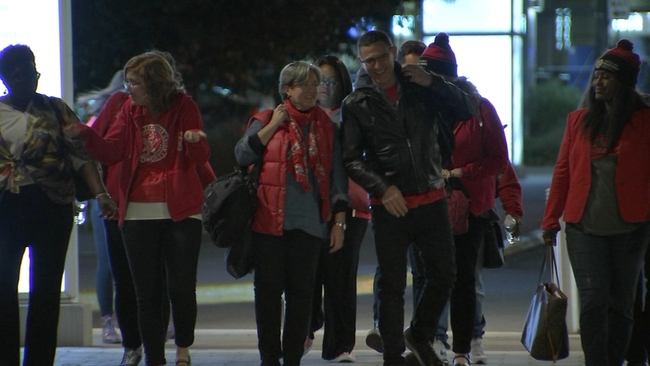