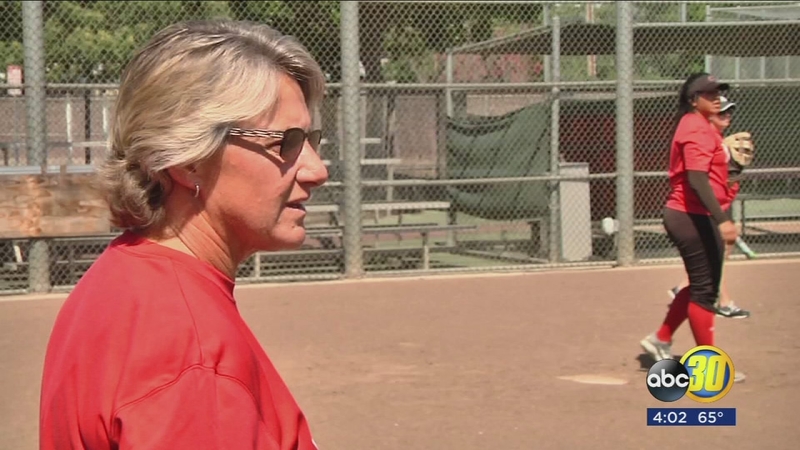 FRESNO, Calif. (KFSN) -- A new lawsuit accuses Fresno City College and Reedley College of discrimination against women in sports -- both coaches and athletes.

Three female head coaches at the two community colleges who have coached in the State Center Community College District for more than 20 years each are suing the district.The lawsuit claims longstanding and pervasive gender discrimination and unequal treatment, so Action News dug into public records to see if there really is a difference in salaries.

Rhonda Williams led her Fresno City College Rams to a 27-game winning streak and an undefeated conference season in 2016. The school rewarded the softball coach by making her the highest paid woman in junior college sports in the Central Valley. But that same year, it paid four men more.

"When you look at the list of the top coach to the bottom coach, the women are down toward the bottom," said legal analyst Tony Capozzi. "Is there a reason for that other than gender? If there's not, this is a good lawsuit."

Public records show Williams made $18,000 less than FCC football coach Tony Caviglia that year, and almost $25,000 less in 2015, when SCCCD paid five male coaches more than her. And Williams doesn't just coach softball. She's an assistant coach on the golf team too.

"You have an attorney who's done this before," Capozzi said. "He's been very successful at it. He is an outstanding attorney."

The women say it's not just salaries making things unequal. It's a long list of things favoring the men who coach and the young men who play -- from locker rooms and equipment to travel and scheduling.

Paboojian says the case is clear-cut, Capozzi expects him to get to the bottom of the issue.

"When you start taking depositions of the female coaches, the male coaches, and those who set those salaries other things may come out to establish there's no basis for this," Capozzi said. "And if there isn't, it's got to go back to the gender difference and that's prohibited by law."

A spokeswoman for SCCCD told us they can't comment on pending litigation, but Lucy Ruiz said the district is "committed to gender equity and abiding by the law.

Despite the existence of Title IX for more than 45 years, and California laws prohibiting gender discrimination, State Center Community College District continues to engage in conduct which discriminates against female coaches who coach female athletes. SCCCD's practices have harmed female coaches in terms of compensation, as well as the involved athletic programs. By commencing this action, Plaintiffs seek to bring SCCCD's unfair employment practices in line with existing laws. The decision to undertake this action was a decision that was not taken lightly. It is unfortunate that litigation is necessary simply to cause an employer to follow laws which have been in place for decades.