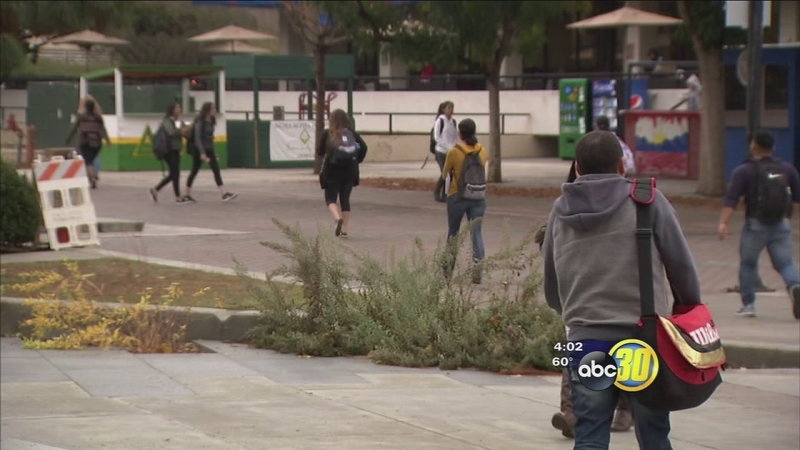 FRESNO, Calif. (KFSN) -- Fresno State officials estimate there are more than 600 undocumented students on campus. As the country readies for a Donald Trump presidency Chicano Studies professor Dr. Cristina Herrera said some students have been concerned that Trump's campaign rhetoric about building a wall at the Mexican border could threaten their lives here in the United States.

"What they've confided is it's different now and so I think the fear is very a legitimate concern."

Recently-- Cal State University Chancellor Timothy White announced it would not aid the federal government in deporting undocumented students. He stated, "The CSU will not enter into agreements with state or local law enforcement agencies, Homeland Security or any other federal department for the enforcement of federal immigration law."

White also said university police officers on all 23 CSU campuses will not target students based on their immigration status or honor immigration hold requests.

Herrera said the statement left students and staff in her department relieved.

"I think that the Chancellor's recent statements really point to the reality of the students that we serve."

Just six years ago Fresno State made national headlines when then Student Body President Pedro Ramirez admitted he was an illegal immigrant. He said he only discovered his undocumented status when he was applying for college.

Vice President for Student Affairs Frank Lamas said Fresno State is here for all of its students, no matter what obstacles they face.

"We have a lot of first generation students, we have a lot of under represented students. The CSU mission is really to help lift those students, help them be educated and make productive citizens."

Lamas said Fresno State helps undocumented students through its Dream Outreach Center-- which has seen an increase in activity since the presidential election. He said Fresno State should be considered a safe place.

"I would consider our university a helping, caring, place for all students to come get their education."

The Chancellor said he would not call the campuses "sanctuaries." Citing legal implications with that term.