Fresno State holds a meeting with students and staff about safety 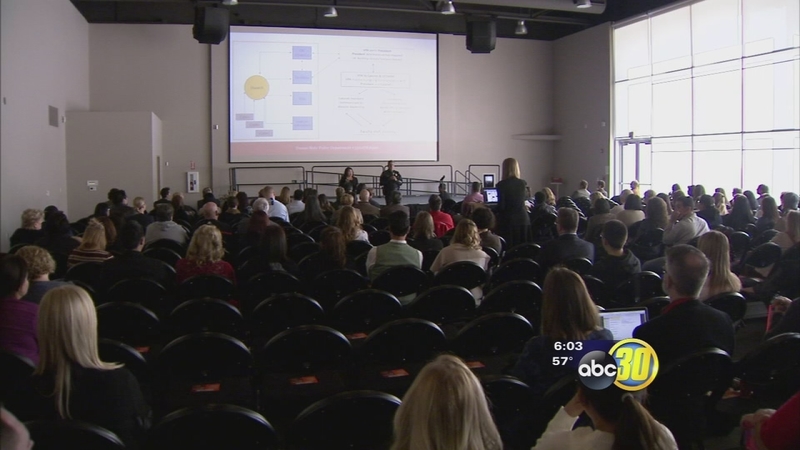 Fresno State holds a meeting with students and staff about safety

FRESNO, Calif. (KFSN) -- Earlier this month, Fresno State's emergency response team was put to the test after a social media threat was posted about a potential shooting on campus.

On Thursday, university officials heard from students and staff about what worked and what didn't when it came to trying to keep everyone safe on campus. Fresno State Police Chief David Huerta shared their tactics and procedures to a roomful of students and staff when it came to responding to a potential shooting threat at the school. The threat prompted the college to use its Bulldog Alert text messaging system for the first time. Chief Huerta says, "More timely, more relevant, more fact-based information has to get out there, has to get out there faster and we know that and we know how to fix that and we're going to strive to do so."

Police arrested former football player Christian Pryor for the social media threat. Students and staff reported some lag time between when the post was first noticed by people on campus and when police issued an emergency alert. Fresno State President Joseph Castro told people today, "We were able to use social media to identify the suspect and communicate our message and deliver it."

Many praised the university for the actions it took while others questioned why some buildings weren't placed on lockdown. All were thankful there ended up being no violence on campus, especially in light of the recent tragic stabbing at U-C Merced. David Tyckoson, Associate Dean of the Library says, "I think this one today was useful for the whole campus. That the President and Cabinet have really thought through if God forbid we have to do this again."

Most of the students said they came to the event as part of a class assignment for extra credit, but many came away from it feeling more prepared in case of an emergency. Lyssa Gomez, a sophomore, says, "I understand why they didn't let everyone know because you don't want to cause more frantic and you don't want to make a situation bigger than it actually is. So, I felt they handled it very well."

Fresno State student Brittany Aikans thought the campus should have been put on lockdown and that many should have heard earlier if classes were cancelled. Aikans says, "I do believe people could have found out sooner. Like, I'm a student athlete so I believe my coach did the right thing. She told us go home, lock your doors. I thought that was the best protocol."