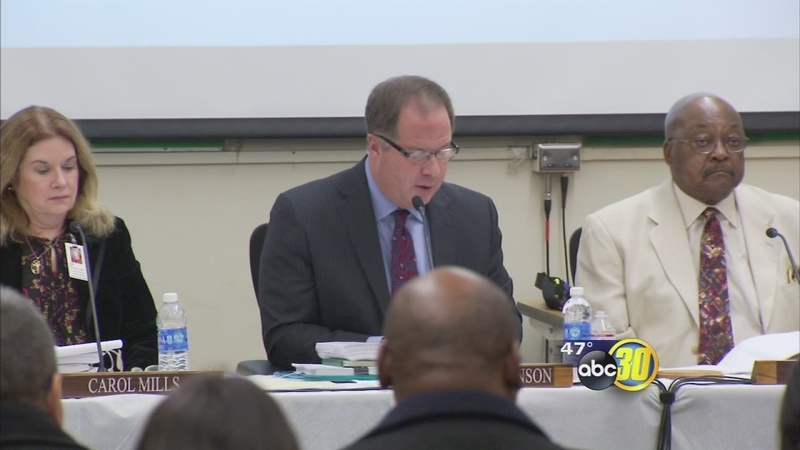 FRESNO, Calif. (KFSN) -- Fresno Unified superintendent Michael Hanson received a new contract extension Wednesday from a majority of the school board. Hanson still faces calls for him to resign and a federal investigation.

Hanson said the extension solidifies his accomplishments in the district over the last year. He told Action News he wasn't concerned despite a federal investigation into whether he and other high-ranking district officials illegally awarded a $37-million construction contract. "No, because I know what the truth is, I know what we've done, I know how our staff conducts themselves. I know what people say and do in a public arena may not always match the facts."

Not all were pleased with Hanson's contract extension. Before the board took up his employee evaluation Fresno Teachers Association president Tish Rice spoke publicly asking trustees to consider the lack of discipline of students and number of grievances filed by teachers. "I really feel the district is dragging its heels in addressing that, and I believe it's due to the leader of this district the superintendent who likes to control and micro-manage this huge district."