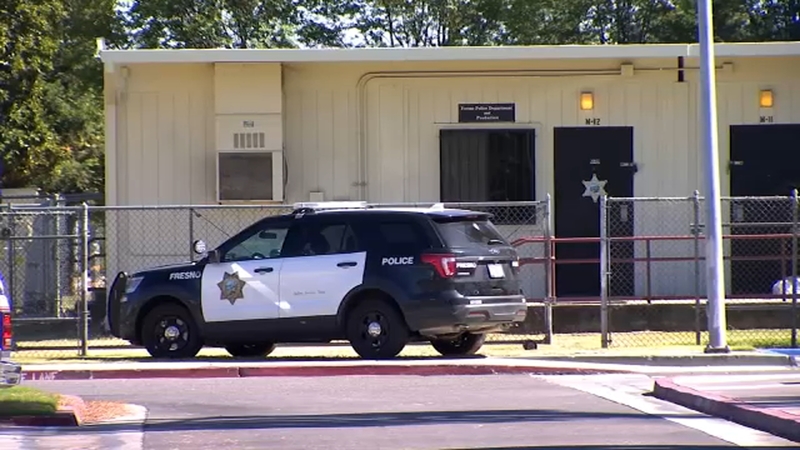 Despite vocal opposition, the school board approved a three-year contract with the Fresno Police Department to provide student resource officers.

Before the board meeting, a group of community members rallied outside of the Fresno Unified School Board meeting to make their intentions loud and clear.

They chanted "Care not Cops".

"I want our school board members to make the right decision and invest in our communities and our youth," said Marcel Woodruff, Faith in the Valley organizer.

During the board meeting, many pleaded for the 1.8 million dollar contract between Fresno Unified and the Fresno Police Department to not be renewed.

"That means that it is not an issue of student behavior, but this is a structural issue of racial bias in school policing and school discipline," she said.

Police Chief Paco Balderrama also spoke, explaining the changes will be made to ensure there is equity.

Balderrama said they'll also be keeping stats on what officers are doing, who they are engaging with and the outcomes of those encounters.

"We are looking at a lot of improvements, including restorative justice models instead of taking kids to jail and that is something that is being done right now," he said.

Balderrama said the police department will be giving the school district a credit of more than $350,000 since officers could not be utilized last year due to the pandemic.

The school board will be deciding how that money will be used in the future.