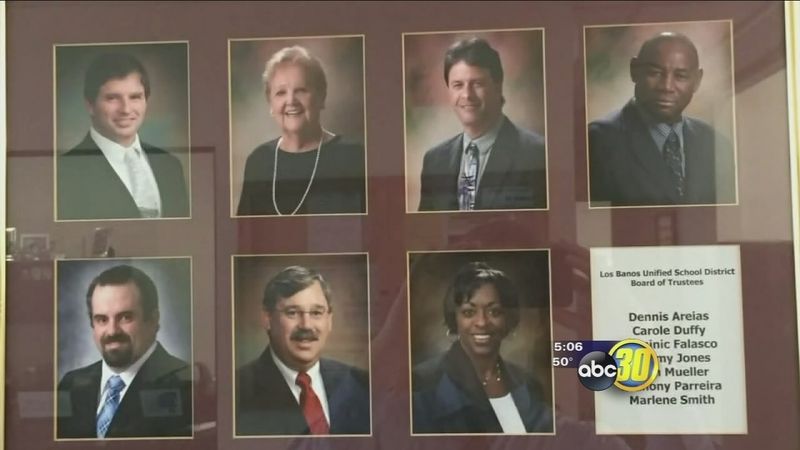 LOS BANOS, Calif. (KFSN) -- The Los Banos School Board President taken back after another member of the board calls on a last minute meeting just a day before the new members were supposed to be sworn in.

"The proper protocol was not followed in getting this item on the agenda," said Anthony Parreira, LBUSD Board President.

Parreira said trustee Marlene Smith initiated the meeting to discuss a contract regarding hiring a firm for an email investigation that was voted down less than a month ago.

Perriera said the meeting is to approve the contract with Burgess Consulting Firm to perform a review of certain school board's trustee's email as well as the school district's computer system.

This comes after school board member Tommy Jones came under fire for allegedly bribing another board member for his vote on a construction project.

Parreira said this isn't a coincidence.

"In this case, a contract just showed up and said we're going to do this, approve this contract with this company and the board really had no input."

The initial cost to establish the contract is $6,000, with hourly work rates of more than $300. All money that Perriera said would come from the district for a member's legal issues.

Parents say they want see that money go to schools where it is supposed to.

"It's taking away from not only my kids but everybody else's kids," said Athena Chaves, parent.

"It's quite a fiasco and it's the children that are suffering," said Helene Mitchell, parent.

We did get a hold of Smith and Duffy-- both who declined to comment regarding Wednesday nights meeting.

We also tried to contact the other board members but they did not return our calls.