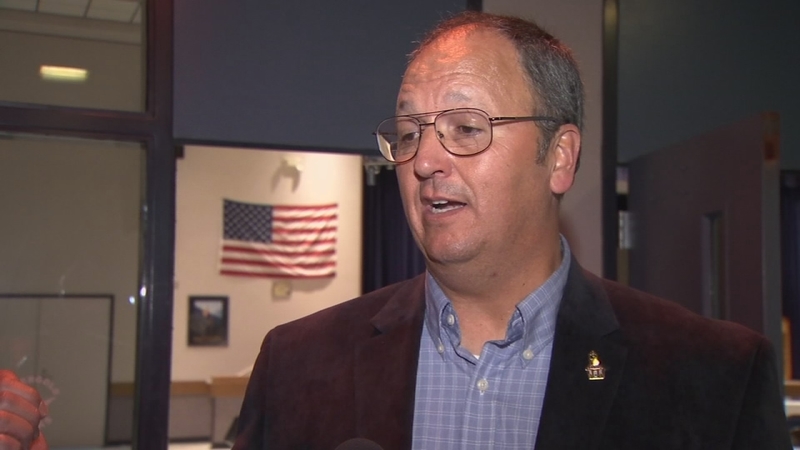 OAKHURST, Calif. (KFSN) -- Yosemite Unified's solution to their budget crisis came in the form of a familiar face.

Longtime educator and Superintendent Mike Berg, says he's confident he can turn everything around.

"Essentially they have some structural, fiscal issues that probably 40 percent of districts in the state have," said Berg. "Because that's my strongest suit, they've asked me to come and work alongside them to reset their internal controls, reset their budget."

The district is currently $1.8 million in the red.Last week trustees discussed the possibility of laying off 17 employees to make up that cost. On Monday, Interim Superintendent Berg said that wouldn't be necessary.

He also told parents he would correct the budget by June. "I can assure, and I said it here, we're not going to impact one program in Yosemite Unified. It's going to be a very positive transition."

Parent Mike Miller explained why he came out to tonight's school board meeting, "I wanted to see the faces of the people that have spent all of our money and are still make decisions for our school."

While many parents seemed relieved by Berg's promises, some like Miller say that's only one part of the solution. "I really think that board needs to step aside. We need to put good local people we all know and recognize take over and start making some new decisions for this place."