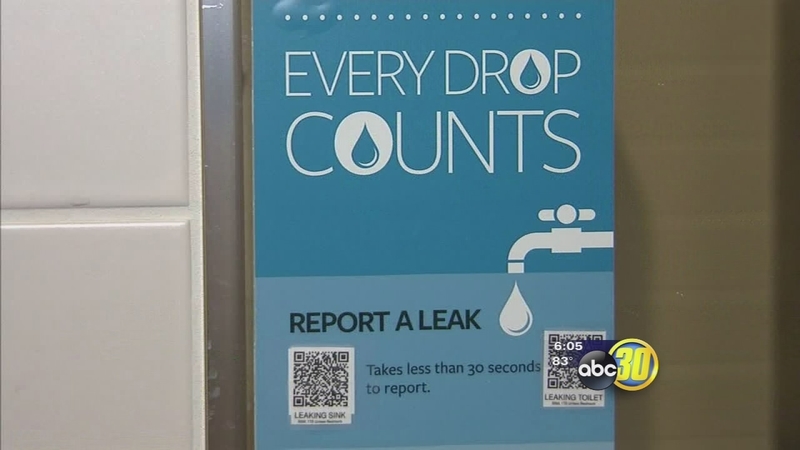 MERCED, Calif. (KFSN) -- UC Merced is the first American research university of the 21st century. So it's no surprise that staff members are using science and technology to save water.

UC Merced is one of the greenest campuses in the country when it comes to conserving energy, but now some areas are also becoming "brown" in an effort to meet state requirements for water conservation.

"It's been extremely challenging. Our campus has already been very water efficient to begin with. When we built the campus it's using 40-percent less water than typical buildings in California," explained Varick Erickson the campus energy manager.

The university must cut usage by 25-percent compared to 2013. But it's added two new buildings and 1,000 students since then. So staff members have had to take several steps.

They replaced many plants with moisture retaining mulch, swapped about 500 sprinkler heads with ones that spray lower to the ground with a more direct stream, and stopped watering some areas altogether. But this research university is also turning to technology. "We've installed an evapotranspiration system, which is basically a method of reducing the amount of water being used for irrigation based on how much evaporation is occurring," said Erickson.

Signs with scan able codes have also been added to some bathrooms so students can use their smartphones to quickly report any water leaks. Also the facilities department created a website to provide real time monitoring of water usage. So far, it shows the campus is on track to exceed its goal. "We've shown that even if you're efficient, it is still possible to achieve even more savings," Erickson stated.