KFSN
By Nathalie Granda
MERCED, Calif. (KFSN) -- Chou Her is making sure he is a familiar face to the students of UC Merced as he takes on a more permanent role on the school's campus. He's worked for the University's Police Department since the campus opened back in 2005. On Wednesday, the university announced his official promotion to Police Chief.

Her served as interim police chief twice during his career at UC Merced. He's also the first chief of Hmong descent at any UC campus.

Her was born in Laos, and came to the country at three-years-old-- a picture of his family at the Thai refugee camp greets visitors as they come into his office.

"I don't ever want to lose where I came from, and that helped me stay grounded, helps me relate to the first generation community that really occupies our campus and the challenges they come through."

Her's challenges helped him develop a strong work ethic which he said he plans to use to help better the school and Merced Community.

Her also said they are currently working on a new alert system that would notify any student of staff logged into a computer.

"You're phone is off and you're in class, and a professor is presenting a lecture and an event occurs and a PowerPoint comes up, this info comes up and overrides that display on the screen."

Students said getting alerts was an issue during the 2014 UC Merced stabbing incident, but since then, have seen prominent police activity.

"The patrolling has something that's always been implemented, but now we're starting to see it more often," said Sergio Serano, UC Merced student.

Other students said they want to see routine checks of what is in place.

"Making sure that all these little things that can help us actually do work on campus, like testing out the buttons every week," said Shelby Devlin, UC Merced student.

Her said they are in the early stages of the computer alert system, but they hope to have it ready to go by the fall term.
Related topics:
educationmercedmerced countymercedgood newsuc merced
Copyright © 2020 KFSN-TV. All Rights Reserved.
MERCED COUNTY 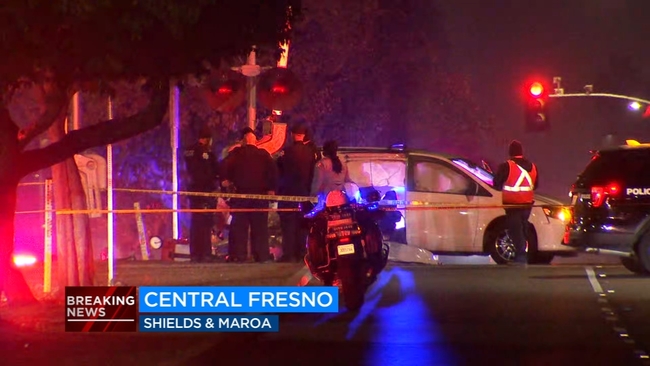