KFSN
By Brian Johnson
VISALIA, Calif. (KFSN) -- In December, families of preschool through second-grade students in Visalia were given a choice to send their children back to schools for in-person instruction.

It came a little more than a month after county and state health officials approved the district's detailed waiver application for the return of elementary school students.

"It's made a difference not only academically but also socially," Visalia Unified Superintendent Tamara Ravalin said. "They're excited to see their friends, their teacher. When they see their teacher for the first time, it's like, 'I know you. I saw you on screen!' And they're very excited."

Visalia Unified School District officials had hoped to bring back third- through sixth-graders shortly after the return of preschool through second-grade students.

But after meeting with Tulare County Public Health officials, the district decided to hold off.

They also asked the county for more data about COVID-19 cases among different groups of school-age children.

Ravalin said the county informed them that nearly two-thirds of cases came from the 11-17 age group, while four to ten-year-olds accounted for a little more than a third of cases.

"And based on that and all of the protocols that we have in place for safety, we felt comfortable bringing back our third and fourth-graders."

Masked up and spread apart, thousands of third and fourth-graders returned to schools like Conyer and Oak Grove on Tuesday.

To help with social distancing and cleaning, the district is sticking with its morning and afternoon schedules.

Ravalin said more than half of all preschool through fourth-grade students are back in the classroom - the rest are doing distance learning.

She said fifth and sixth-graders will be discussed at the next school board meeting.

Meantime, they're also preparing for vaccinations at school campuses.

School nurses got up to speed on how to give the shot at the county's mass vaccination event last Friday.

"They're trained and ready to go, and we're excited," Ravalin said. "We hope to be able to offer this to our employees within the next week or so. And the sooner, the better, because I think that will help everyone feel more at ease."

Health officials said there are 56 active COVID cases among students and staff throughout Tulare County.

There have been more than 2,500 since the start of the pandemic.
Report a correction or typo
Related topics:
educationvisaliaback to schooleducationvisaliacoronaviruscovid 19
Copyright © 2021 KFSN-TV. All Rights Reserved.
COVID-19 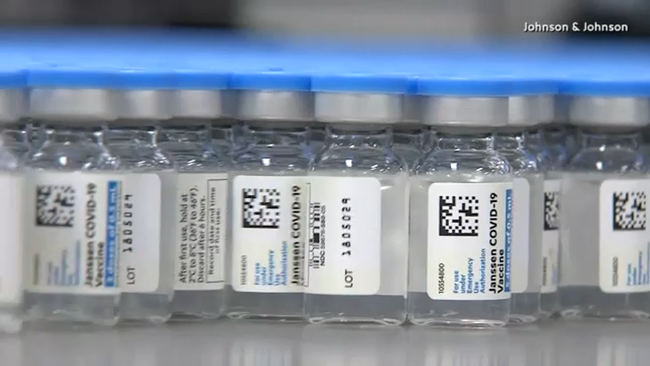